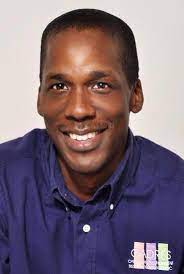 In an announcement that rocked the nation, Skerrit said on Sunday that Dominicans will go to the polls on December 6, giving little preparation time to any party, especially the UWP which is seemingly still struggling to put itself together after the impromptu resignation of its former leader Lennox Linton.

“That’s one of the things that the opposition can raise as a concern regarding whether or not they thought an election should be called at this stage, now one could argue that is the basis of a potential boycott”

“And there is a suggestion that the UWP may very well call the DLP’s bluff and boycott the election altogether, which essentially puts them on a good footing to say that there is a moral challenge where the election is concerned, and an attempt to de-delegitimize the election,” Wickham said.

He recalled on previous occasions the UWP claimed that the machinery was flawed, yet they fought.

“And I think that does raise questions of logic. So, this may very well be paving the way for an election boycott if indeed, they do feel that this is what they ought to do,” he added.

Meanwhile, Wickham believes calling a snap election at this time may have been a strategic move by the DLP.

“So, I think that this is a strategic attempt…to take the opportunity at this stage to have an election when they know that the UWP is not likely to be ready by the beginning of December, because frankly if they gave them probably the eight months that the NDC had in Grenada, it can make a huge difference. So, I think strategically it’s a call that makes a lot of sense. But it will be controversial for several reasons,” he added.

One of the controversial negatives associated with calling an election at this time, according to Wickham, is the issue of electoral reform.

“Let’s take, for example, the fact that there is no electoral reform completed, and it was a commitment made at the last time that we had an election…there would be electoral reform. Maybe that’s one of the things the Opposition can raise as a concern regarding whether or not they thought an election could be called at this stage,” he added.

The DLP will reveal its new-look slate of candidates at Windsor Park Stadium forecourt tonight and Nomination Day in Dominica will be Friday, November 18. (Source DNO)