US $3 million reward for the capture of Haitian Kidnappers 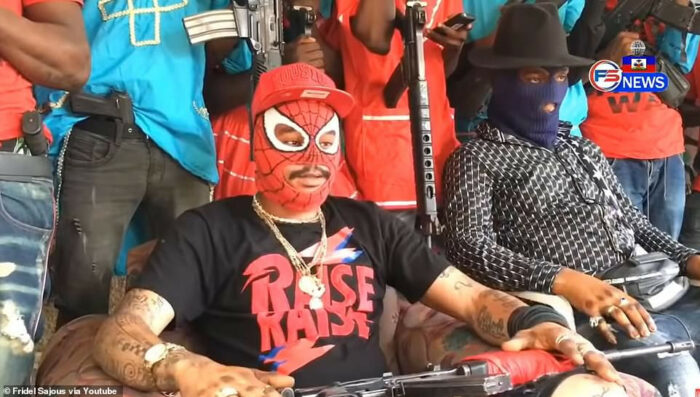 ​The US State Department on Monday announced a reward of $3 million each for the three defendants charged in the kidnapping of 16 US missionaries in 2021, for information leading to the capture of these defendants, who are believed to be in Haiti.

The reward is being offered under the Transnational Organized Crime Rewards Program.

The accused, Lanmo Sanjou-aka Joseph Wilson, Jermaine Stephenson-aka Gaspiyay, both current leaders of the 400 Mawozo gang, and Vitel’homme Innocent, leader of the Kraze Barye gang are charged in seperate indictments filed in the District of Columbia.

According to a statement from the Department of Justice, the 400 Mawozo gang, which operates in Croix-des-Bouquets area claimed responsibility for the missionaries’ kidnapping while the Kraze Barye gang worked together with 400 Mawozo in the hostage taking.

In addition to the reward, the department also unsealed criminal charges against seven leaders of five Haitian gangs, including 400 Mawozo and Kraze Barye.

“When a U.S. citizen is kidnapped abroad, the Justice Department will bring to bear the full reach of our law enforcement authorities to ensure their safe return home and to hold accountable those responsible,” said Attorney General Merrick B. Garland.

“As these charges demonstrate, we are committed to working alongside our inter-agency and international partners to disrupt these kidnapping-for-ransom schemes that endanger the lives of American citizens and that fuel the violent gangs harming the Haitian people,” he added.

Among the charges unsealed were federal indictments charging three Haitian nationals with conspiracy to commit hostage taking and hostage-taking for their roles in the armed kidnapping of 16 U.S. citizens in Haiti in the fall of 2021.

The victims were Christian missionaries serving near Port-au-Price, Haiti, and the majority of them were held captive for 61 days before they escaped.