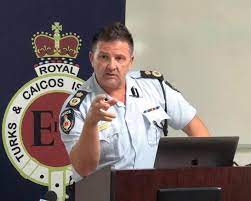 A family of three including a three-year-old boy was among the Turks and Caicos Islands (TCI) latest fatal shootings in a wave of unrepresented gun violence in that territory.

Also, dead are the boy’s pregnant mother and father, while his seven-year-old sister who was in the targeted car was treated at the hospital for gunshot wounds.

Once regarded as one of the safest islands in the Caribbean the TCI has recorded 21 murders since September 3.

Commissioner of police Trevor Botting described the triple murder last week as a “vicious, barbaric act” by heartless criminals who “do not care about life”.

“The criminals involved are in the minority and we need to all work together to bring them to justice,” he said.

Meanwhile, Governor Nigel Dakin, UK-appointed head of state, described the incident as “the darkest day” he had experienced in the TCI, noting that there was “no acceptable motive” for the killings.

The islands are said to now be a battleground for warring crime groups seeking to dominate the local drug market, and based on its population is on track to have one of the highest murder rates in the region by the end of this year.

“This violence, we know, is linked to drug supply and is fueled by revenge, turf wars, and retribution,” the top cop stated.

In October the Foreign, Commonwealth and Development Office which is responsible for the safety and security of the TCI, announced several supportive measures with the foreign secretary James Cleverly stating that “the UK has a moral and constitutional responsibility to support and protect the people of the overseas territories, who are a valued part of the UK family.”

The island’s Governor has rejected calls from the opposition leader Edwin Astwood to resign amid the surge in crime.