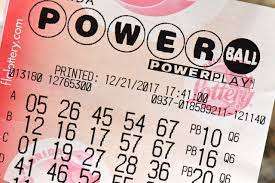 Everyone dreams of picking those winning lottery numbers and walking away with a life-changing sum of money, but few dare to dream of their success to run into the billions.  This week a single winning Power-ball ticket was purchased from the Joe’s Service Centre, a Mobil gas station and convenience store in Altadena, a small community just to the north of Los Angeles, that is worth an eye-watering $2.4 billion.

The lucky winner has not yet come forward to claim their winnings, but for the owner of the Centre that sold the ticket, there was a fantastic windfall in the shape of a $1 million bonus, simply for selling it.

No anonymity so winner will have to come forward eventually

Many states in the US give players the option of remaining anonymous, but California is not one of them, so there is no hiding place if the holder wants to get their hands on the cash. Maybe they are allowing sometime for it to fully sink in before exposing themselves to what could become a lifetime of publicity.

They have up to one year from the date of the draw to claim their prize, as per the terms and conditions of the California Lottery. It could be they haven’t checked yet, but that does seem unlikely, so hopefully it is not the alternative scenario, where they have either mislaid, or worse still lost the ticket.

Assuming the individual does still have the ticket, they will need to choose between the annuity option, with payments over 30 years; or the nearly $1 billion pre-tax lump sum payment ($997.6 million to be precise), which would likely result in a tax bill in excess of $350 million, based on the top federal tax rate of 37%.

Were the winnings to be taxed as income in California, the winner would be facing an additional state tax bill of more than $120 million. However, California is one of just two states, the other being Delaware, that do not tax lottery winnings as personal income, which is almost like winning the lottery all over again.

The draw for this world record jackpot was actually delayed by 24 hours due to technical issues, which could be another reason for the hold-up. The prize had been growing for more than three months with eventual odds being around one in 292.2 million on picking the winner.

The previous record was set in January 2016, when $1.59 billion was won on Power-ball with three winning tickets splitting the prize, giving couples from Tennessee, Florida, and another from California approximately $533 million before taxes as an annuity, or $327.8 million as the lump-sum payment.

In October 2018 there was a $1.54 billion winner and they remain the biggest single ticket winner ever, until this latest one comes forward. They were based in South Carolina, which is a state that permits anonymity. The person came forward just a month ahead of the deadline which had they missed would have resulted in them forfeiting their prize.

Earlier this year in July there was a mega-millions jackpot winning ticket for $1.34 billion and again the winner stayed anonymous as they were allowed to do in the state of Illinois. The only other time the billion dollar mark has been passed was in January 2021, again on mega millions when $1.05 billion was won by four members of a lottery club, in the Detroit suburb of Novi.

Possibly gearing up for the charity cases

There is sure to be some sort of story attached to this world record winner, or winners, but for now they are keeping their heads down, possible spending the cash in their imagination first, before exposing themselves to the barrage of begging letters and sob stories that will inevitably come their way.