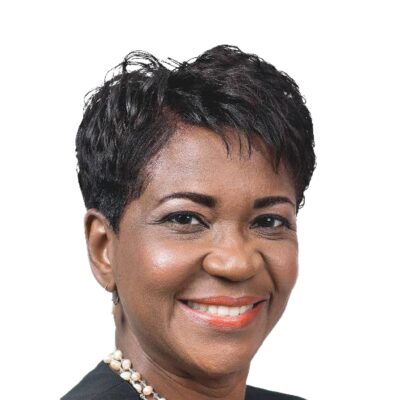 Leader of the Democratic National Alliance (DNA) Joanne Massiah is describing the resignation of three top members of the party as a “deep relief,” adding that it came as no surprise.

In their letter of resignation, they cited a number of reasons for their exit from the six-year-old organization including the “unilateral disbandment” of the political leadership group of the party, the lack of strategic focus of the organization, and a progressive culture of factionalizing at a leadership level where questions of transparency and accountability have been raised.

While outlining 10 reasons for his resignation, he says it was the “careless, unbridled, threatening and deliberately inaccurate remarks” made in the party’s management meeting of October 26, about Parker and Goodwin that was the final straw that caused him to break ties with the DNA.

But in a radio interview on Wednesday, on Pointe F.M, Massiah said the DNA is in a “good place”, and already had a contingency plan in place.

“I can say for myself and I speak for my other colleagues, the resignations really came as no surprise, we just didn’t know when they were coming. We were made aware by insiders inside the UPP that many many discussions and secret discussions were taking place with our colleagues who when certain things came to the fore were cagey with their responses. And in fact, even on social media, there were some persons who were saying, oh this one going to resign, that one going to resign,”.

She said the party was prepared for the resignations and seeking replacements begun months ago.

“So the intention was as they slipped out we would have somebody to step in, and [in]one constituency we would have been able to do that,” the DNA leader said.

According to Massiah the members had essentially abandoned their duties prior to their exit.

“There’s a deep sense of relief that accompanied these resignations because in effect these persons had abdicated their roles, their duties and their responsibilities within the party for a very long time and had participated in very few activities. When inquiries were made by me and others to persons within these constituencies, have you seen them? are they working? the answer was no, we’re not seeing anybody or there’s very little canvassing being done, very little house to house. So I don’t know whether the intention was to spring a surprise but we were not surprised,” she added.

In fact, the Massiah said their departure has given the DNA “a pep in our step and we are more determined, we are more focused, we are resolute in our commitment to championing the principals of transformation leadership, good governance, accountability and we are determined that we will deliver the DNA’s motto for prosperity for all,” she said.