UPP leader accuses the DNA of joining forces with the ABLP 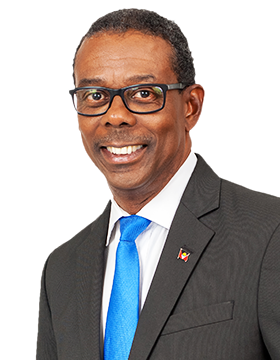 The Democratic National Alliance and in particular its President, Joanne Massiah is accused of joining forces with the Antigua Barbuda Labor (ABLP) party in an effort to keep the United Progressive Party (UPP) from forming the next government.

Leader of the UPP Harold Lovell, now refers to the DNA as an extended arm of the ABLP.

His criticism is based on recent statements he says were made by the DNA leader since the resignation of three high-ranking members of the party.

“Previously we had what you may call an informal non-aggression pact. But since Bruce Goodwin left, Malaka Parker left and Gatesworth James left, I noticed that they have changed their attack, and so they are now on an all-out broadside against the United Progressive party and me in particular.

“On Friday there was a program on ZDK where the President of the DNA became very personal and launched very personal vindictive attacks on me,” Lovell told listeners to his Captain’s Corner program.

He noted that the ABLP “is the only party right now that can benefit from the antics of the DNA as they are currently constituted.”

He is however baffled that the DNA leader would choose to attack him and the UPP, and not the ABLP

“So in effect, the DNA has become an arm of the Antigua Labor Party. They both seem to have the same objective which is to defeat the UPP, but its won’t happen,” an adamant Lovell stated.

The UPP leader’s comments come amid criticism by members of the DNA that its former members left because they failed in their mission to convince its leadership to join forces with the UPP to defeat the ABLP at the impending general election, an allegation that Parker has since denied.