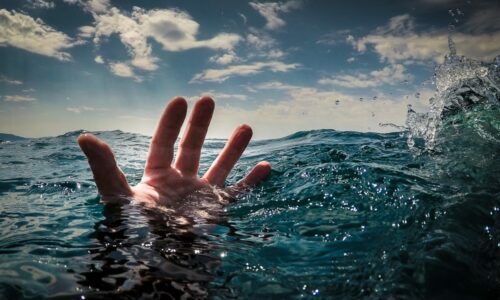 Land surveyors, two of them, are feared dead in Grenada after the boat they were traveling in went under. That is according to police in Georgetown.

They said missing are Terrence Thomas, 29, of Georgetown, and Jermain La Rose, 34, of Linden.

The boat reportedly had a leak and started to “take in water”, and sank in the Upper Mazaruni River in the vicinity of Imbamadai Landing.

“It is reported in the wee hours of November 10, La Rose, Thomas, the boat captain, and another occupant were on a metal boat headed for Kako Village, Upper Mazaruni Region 7, along with approximately 40 gallons of fuel and 10 signs to be erected at the mining claim they were going to survey,” according to reports in Loop news.

The media outlet said some two minutes into their journey the boat began to take in water.

“It is reported Thomas and La Rose panicked and jumped overboard before the boat sank.  The occupants of the boat attempted to swim to safety by holding on to fuel tanks but upon reaching the river bank, the boat captain discovered Thomas and La Rose were missing and the other boat occupant, was a few feet away,” according to reports.

None of the men were wearing life jackets at the time the vessel went under.

Police are continuing their investigations. It was also revealed that none of the occupants of the boat were wearing life