Criminals in Barbados placed on notice amid gun violence surge 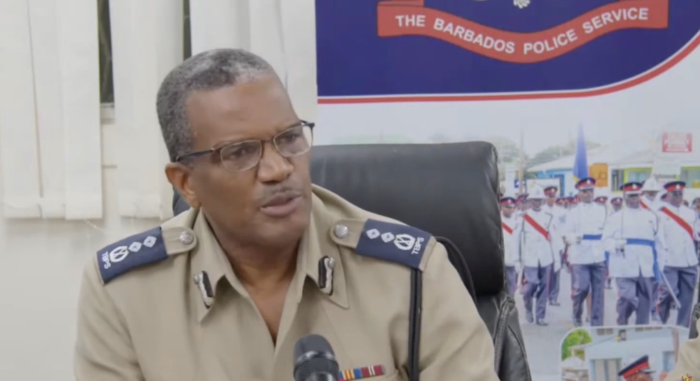 Criminals in Barbados have been placed on notice that they will be targeted by the Barbados Police Service (BPS) as gun violence continues to increase.

Acting Police Commissioner Erwin Boyce said lawmen remain confronted with the scourge of gun violence and the use of firearms, in particular, within recent times.

His statement came on the heels of an incident on Thursday, where a man shot into the public service vehicle, injuring one man at the traffic lights in Eagle Hall, St Michael

“We have seen young men embracing very rogue behaviors and we have seen the loss of young lives, damage to vehicles and residences, injuries to persons and in some instances, an increase in the fear of peaceful members of communities,” he said.

Barbados has recorded 38 murders so far this year, 29 committed with the use of guns.

So far 19 have been solved according to Boyce.

He noted that several of the young men killed in gun violence were known by the police, adding that when it comes to solving crime, “there are no untouchable people in Barbados.”

“We want you to rest assured that we are targeting the criminal activity with vigor and relentlessly and at every level…working in communities with those affected by the scourge and unscrupulous behavior”.

He says law enforcement is seeing “unprecedented” access to guns, acknowledging that even with the island’s best efforts through the use of scanners at the ports of entry, these illegal weapons are ending up on the streets. .