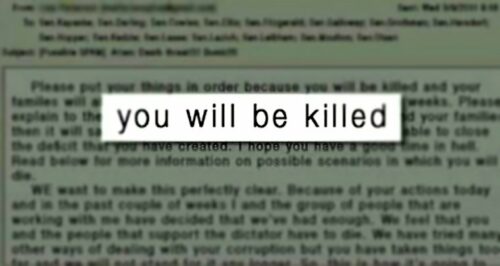 A Dominican man has threatened to kill Prime Minister Roosevelt Skerrit, saying that if someone were to place a gun in his hands, he would kill the head of government.

Curvel Mitchel reportedly said between November 7th and 12th in an online video,  “we have a damnass they calling Roosevelt Skerrit, with his damnass mentality and people that supporting him. Just put the gun in my hands and I tell you I doing it. Time to take you out…”

Mitchel pleaded not guilty when he was taken before Chief Magistrate Candia Carette George who was granted bail in the sum of EC$30,000.00.

George said she wanted to send a strong message in this politically charged environment.

The prosecution did not object to bail for Mitchel who will also report twice weekly to the Roseau Police Station as part of his bail conditions.

The magistrate said generally, bail for such an offense is usually EC$5,000, but on this occasion, a gun is involved and because of the politically charged environment she wanted to send a strong message.

She warned the accused against posting similar messages on social media in the future.

Skerrit called snap elections last weekend, two and a half years before it is constitutionally due.

Many residents have been pushing back against it and the main opposition United Workers Party has decided to boycott the elections. They are demanding electoral reform and a cleaning up of the voter’s list.

The UWP said it will be staging peaceful protests around Dominica. The DLP is also planning a walk for peace.