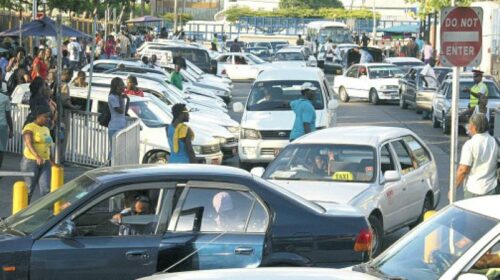 Transport operators in Jamaica voted on Sunday afternoon to support a move to withdraw their services island-wide for three days, today.

Their move comes after the Government failed to grant a traffic ticket amnesty as requested.

About 99% of operators voted to go ahead with the withdrawal of their services when a meeting was held at the Half-Way-Tree Primary School.

The meeting was organized by the Transport Operators Development Sustainable Services (TODSS) which wants the Government to set up a payment plan to allow them to pay off outstanding traffic tickets.

They are demanding at least four months to pay off their tickets.

TODSS President Egerton Newman said operators cannot take it “any loneedre calling for, and we are in need of a payment plan, otherwise called an amnesty, from the Government. I urge all members of the commuting public to make alternative modes of travel, as bus and taxi operators will withdraw their services until the Government comes with a payment plan or amnesty,”.

The transport operators were reportedly told that the Government would look into the possibility of granting an amnesty, but that is not a certainty.