Another resignation as election heat turns up in D’ca 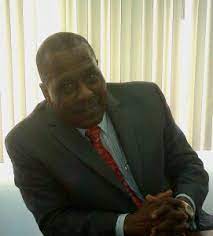 More resignations from opposition parties as Dominica heads closer to the December 6th polls. This time from the President of the Alternative Peoples Party Julius Corbett

According to reports from Roseau, Corbette resigned one day after Acting Political leader of the Alternative Peoples’ party (APP) Tahira Blancard, hinted that her team would participate in the upcoming general elections

Corbette said last week Friday that his party would not contest the upcoming election, because of the absence of electoral reform, the prime minister’s gross disrespect for the citizens of Dominica, his abuse of political power and authority as well as the PM’s non-democratic style of government.

But one day later, Blanchard issued a lengthy statement calling for abled and suitable men and women to offer themselves for service to their country offering themselves as candidates in this election!

But Corbette stated, “Ms. Blanchard’s message and my statement are incongruous and send confusing messages to the citizens of Dominica who deserve better of us. Consequently, I am announcing today that I am resigning as president of the APP effective immediately.”

He said he had spoken to his teammate moments after the PM called snap elections and they agreed that the party would not be taking part.

He also claimed that he was advised by Blanchard that they should wait before releasing a statement.

“It came as a surprise to me over the weekend when I saw that a statement was issued to the media from the acting political leader, before consulting the party. This demonstrates to me that it is going to be extremely difficult to work with Miss Blanchard…I am a man of high integrity” he asserted. “I cannot be in a position where I am working with someone who is doing things behind my back.”

He said he will no longer be associated with the party but he wished them well in their endeavors.