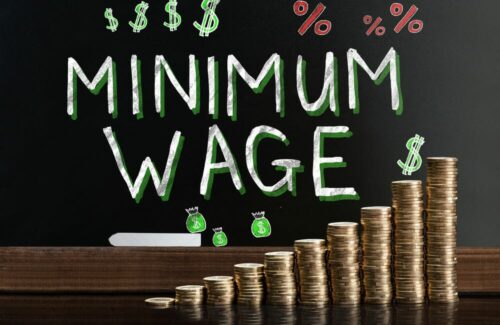 $9.00 an hour. That’s the new revised minimum wage in Antigua and Barbuda. It is anticipated that by the start of next year, it will take effect.

The Cabinet invited the National Minimum Wage Commission upon the submission of its Report.

And according to the notes released by the GHovenrments Chief of Staff Lionel Hurst, the five members explained the theoretical underpinning and the economic methodologies utilized, to arrive at the two proposals submitted to the Cabinet.

Following what was described as vigorous and lengthy debates in the Cabinet, a decision was taken to move the minimum wage to $9.00 per hour.

That decision will be taken to the Parliament where it will be debated before becoming law.

The current EC$8.20 minimum wage has been unchanged since 2015, despite the spiraling cost of living.

The committee, which was established in February, includes members from the Employers Federation, the Chamber of Commerce, and the Hotels and Tourism Association, among others who were tasked with discussing and recommending.