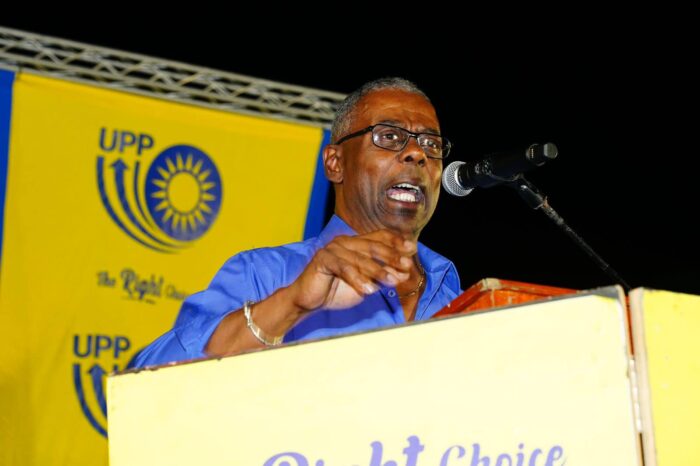 Leader of the United Progressive Party Harold Lovell has said the latest adjustment to the minimum wage is an insult to the people of Antigua and Barbuda.

The current minimum wage stands at EC$8.20 but Cabinet said on Thursday that it will be raised by 80 cents after viorous and lengthy.

The proposals were to move the rate to either EC$8.90 or EC$10 per hour but a decision was taken to set it at EC$9.

But Lovell told party supporters at a UPP rally on Thwaits corner last night that the 80 cents represent only a 10% increase from the 8.20 cents that was there.

“Inflation since 2013 when the last review was done is over 20% It means that your living standard, your disposable income, your spending power is still way behind where you were in 2014 and 2015”, Lovell said

He said that people should have a living wage instead an insufficient minimum wage.

“We want a living wage. We need a device and a system so that we do a proper poverty assessment. We need to determine what it is that every man and woman needs in other to live in this country. We are going to put that on a proper footing and peg it to inflation..that way we will protect your spending power and standard of living…” Lovell said.

Instead of every ten years, the minimum wage will be reviewed under a UPP administration every two years, Lovell said, as stipulated by law.

Meanwhile, Lovell says jobs, water, and addressing the cost of living crisis have been the cry of the people for far too long, promising that a UPP government will address them all.

“Gaston Browne has failed to deliver jobs, address the skyrocketing unemployment, he failed to fix the water crisis so you can bathe and flush your toilet and live in dignity…he has failed to address the cost of living…he left your pockets empty…people are hungry in this land…” he added