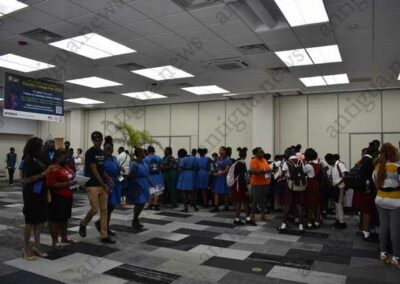 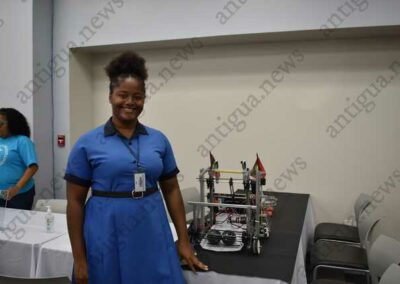 The Sir John E St Luce Conference Center was the center of attraction on Wednesday, for the start of a two-day E-Sports College Fair that ended on Thursday.

The event was geared at bringing to the fore, crucial information to students interested in studying at colleges and universities in the United States.

It also introduces the participants to exciting career opportunities in the world of electronic sports.

Education Minister Daryll Mathew says the world seems to be going in the direction of STEM: education, science, technology, engineering, and mathematics.

“They are the core areas for national development here in Antigua and Barbuda, the personal development where all of you are concerned. And this year, for the first time, the Ministry of Education over the summer, hosted a STEM camp at the UEFA balanced campus, catering to children between the ages of I think it is five years old and 16 years old,” he said.

He said that event demonstrated an interest in STEM areas.

“But here in Antigua and Barbuda, we felt that the time is now to start to integrate stem and the areas associated with STEM into our education system. And of course, eSports is one of them. And I must be honest with you, when I initially heard about EA Sports, I thought about EA gaming only,” he said.

Mathew also spoke about eSports and its overall benefits to the country.

“There’s so many other areas development programming, marketing. Esports is really a multi billion dollar industry worldwide. And it’s only growing as we transition into a more virtual world… And so I really want to encourage all of you to grasp the opportunities that are represented not only here today in this room, with the presence of some of the institutions represented, but really to change your thinking to broaden your thinking about what the future could be.,” he added.

He encouraged the students to think about the innovative ways they can prepare themselves to grasp the opportunities that technology will bring.

The event was organized by the US embassy in Bridgtown and Education USA Eastern Caribbean.