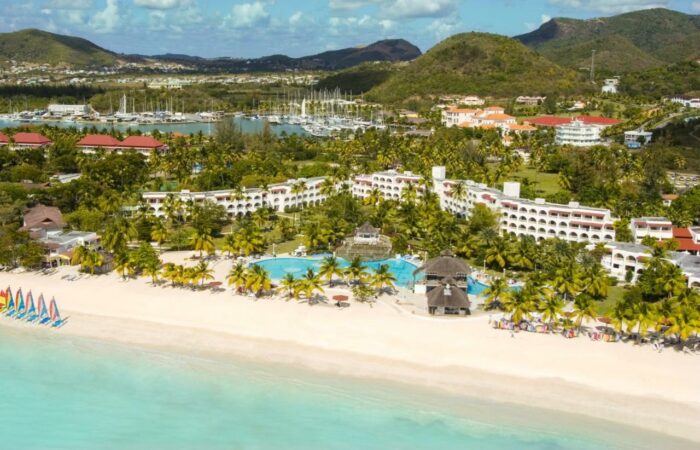 “Our records indicate and our bankers can assert that no such funds have been received by the Antigua and Barbuda Workers Union on behalf of the workers of Jolly Beach,” Chester Hughes said in a widely circulated statement to the media Monday.

According to Hughes, who is the Deputy General Secretary of the ABWU, their records further indicated that their team had not received funds on the union’s behalf to disperse to these employees.

“Our recent conversation, with attorneys representing the company informed us that the funds were received by them early last week. Further, they were waiting on documents to be sent from the service department, which they should receive today Monday. Therefore, when they receive those documents, they will be in touch with us to have the matter expedited,” Hughes added.

But Browne said it is the union who has delayed the disbursement of the money by wrongly including ineligible former workers.

The Prime Minister, says the ABWU’s statements are untruthful and incredibly inaccurate.

“A cheque by Government made payable to the law firm appointed by the court, in the amount of EC$12.9 million, was handed over to the firm weeks ago, in full settlement of the payments due to former Jolly Beach workers,” a statement from the office of the prime minister stated on Monday.

The release said further that the ABWU representative is further fully informed that the cheque has been paid over to the law firm, weeks ago, not last week as he has asserted, for onward payment to the former workers of Jolly Beach.

“The ABWU has sought to delay the severance payment by wrongly including ineligible former workers. The information that has been conveyed to the union representative has been confirmed by Lake & Kentish, the law firm in receipt of the $12.9 million over weeks ago,”

The statement said further that the entire situation is a direct hallmark of the Opposition United Progressive Party.

“The use of outright lies and untruthful public statements is the hallmark of the United Progressive Party (UPP) and its operatives. There is never “a silly season”; always, the re-election of a government is the most important business that a country can undertake in a democracy. Trying to persuade citizens and electors to believe that the Head of Government is engaged in prevarications, require more than the propaganda and dissembling of the Assistant Secretary General of the ABWU,” according to the document.