Byron did not expect elections in Dominica this year 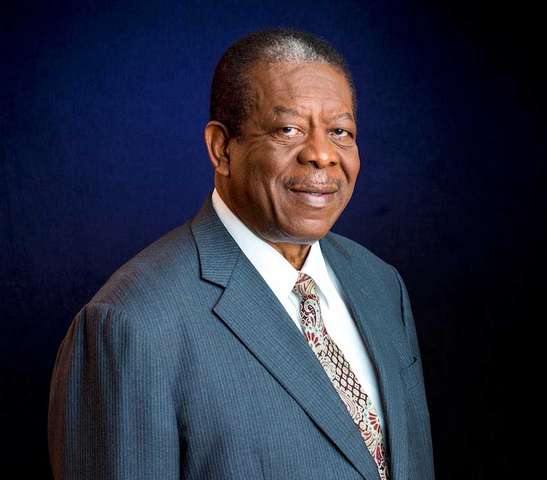 It appears that like many Dominicans, Sir Dennis Byron, who was tasked by the Government of Dominica to be the sole commissioner to advance efforts towards electoral reform in Dominica, was taken by surprise when Prime Minister Roosevelt Skerrit called a snap election slated for December 6.

In his response to a letter sent to him by the National Joint Action Movement (NJAM), Sir Dennis said he did not expect that a general election would have been called on the island in 2022.

“Permit me to sincerely apologize for not updating you on the status of the work being undertaken,” Byron wrote in the letter. “I did not anticipate that the general elections would have been called this year and anticipated consulting with your organization before the end of the year.”

In late August 2020, after several years of advocacy for electoral reform by opposition voices in the country, Skerrit announced on his Anou Palay Programme that cabinet had approved Sir Dennis for the job.

“Electoral reform for this government is important; it is important for the country and we are hoping that once Sir Dennis would have submitted his report, then we can go to the Parliament to effect the necessary changes as he will recommend to the country to move forward,” Skerrit stated at that time.

He went on to say that the eminent Caribbean jurist should be in a position to submit a final report by the end of December 2020.

However, there was no report and Byron came under fire from several quarters including NJAM, which said in January 2022 the report was taking far too long and considered it a “delaying tactic in order to delay the commencement of real reform.”

It’s a matter that Byron sought to explain in his letter to the organization, which is dated November 17, 2022 and addressed to its Chairman, Kent Vital.

“While undertaking the review exercise, I decided that simply providing a report of findings and recommendations would be somewhat of a redundancy as this had been done in the past,” he wrote. “To effect true reform, I had to present, the revised legislation that would support the recommendations and allow for a more seamless and effective approach for the implementation of the required reform changes.”

He said that his intention is to work towards presenting phase one of his report by the end of this month.

“I recently circulated the draft legislation for review by the key political parties contesting elections and presented a timetable for the completion of my assignment,” he wrote. “I am aware that this has reached the public domain, and the only thing I would like to add, is that I intend to work towards that timetable and present the first phase of my report by the end of November 2022.”

Byron, who has said in the past that Dominica’s electoral process is old and needs modernization, stated that it his desire to see effective reform on the island.

“I must place on record that it is my true desire to see effective electoral reform in the Commonwealth of Dominica,” he wrote in his letter. “However, the recent calling of the general elections makes this is a very sensitive matter. I fear that any public statement from me may compromise perceptions of my impartiality. I think that I would be of greater service by completing my task of submitting the reform legislation and working towards getting the relevant parties to support it.”

Although it was widely discussed in the past, the topic of electoral reform has become a firebrand issue since the calling the calling of the snap general election.

The main opposition party, United Workers Party (UWP) and the smaller Dominica Freedom Party (DFP) have decided not to participate in the election without reform.

“No electoral reform, no election” has become a popular slogan among them. (Source DNO)