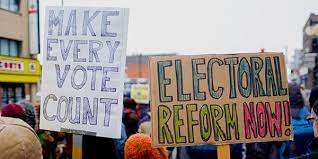 The Opposition says too little too late, nevertheless, Dominica’s Prime Minister Roosevelt Skerrit says he will recommend changes for electoral reform in Dominica when his party is re-elected into office.

Skerrit has been under pressure over the past years to implement electoral reform and is heading to the polls in December without it.

The absence of electoral reform and a clean voters list is the premise on which the Opposition UWP opted against contesting elections.

“I want to make it clear that this new Dominica Labour Party government which we are about to re-elect shall introduce recommended reforms as soon as such reforms are ready and have been imputed by all willing Dominicans residents at home and abroad,” Skerrit told a DLP meeting on Sunday.

All this comes as the government had paid Sir Dennis Byron to help Dominica table the Register of Elector’s legislation.

Sir Dennis had written to Prime Minister Roosevelt Skerrit, as well as the Opposition Leader, Lennox Linton, indicating that he was “working towards expediting the presentation of my Recommendations for the improvement of the Electoral Process in the Commonwealth of Dominica”.

Skerrit told party supporters on Sunday that on being re-elected to office, the DLP government “shall make the needed changes to how voting is done in Dominica.

“But I want to say that we vote in Dominica today how we voted 20 years ago and how we voted 27 years ago when the United Workers Party won the government. So let us cut off this nonsense about Dominica’s having a voting system that no other country in the world has.”

Skerrit said the government is still awaiting the report from Sir Dennis, saying “whenever it is submitted, we shall share with the people of Dominica and when all views are entertained I shall lay the document on the floor of the Parliament.”