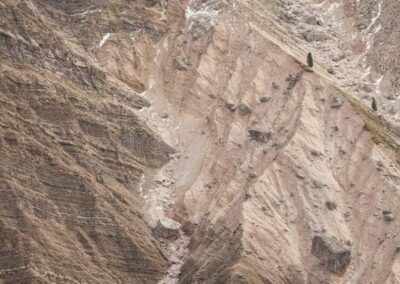 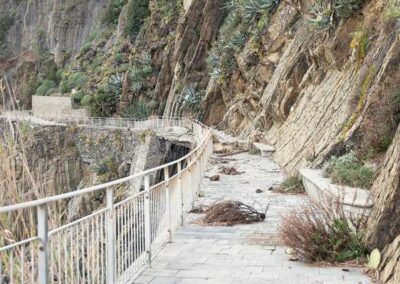 A landslide in Italy has killed at least seven people, including a newborn and two other children. The incident happened following torrential rain falls in a small Island town on the Italian island of Ischia. According to local officials, five others are still missing. The missing five people are feared dead and buried under the debris after the landslide pushed down buildings and dragged vehicles into the sea.

The landslide began after about 126 millimetres of rain fell for about six hours. Officials say it was the highest rainfall in the region in over 20 years.

Eyewitnesses said mud and stones fell from the highest mountain in the town of Casamicciola Terme, smashing houses and roads on Saturday. One resident of the Island described it as a “waterfall of water and mud.”

”Our teams are searching with hope,” Luca continued. “Our biggest hope is that people identified as missing have found refuge with relatives and friends and have not advised of their position.”

The already identified victims include two siblings. One is a 5-year-old girl, while the other is an 11-year-old boy. A Bulgarian tourist and another Islander were among the other victims found dead.

There are risky areas on the Island where residents are not supposed to build houses. It appears that the residents built houses in those areas that should have been the path for the mud should a landslide occur.

“There is territory that cannot be occupied. You cannot change the use of a zone where there is water. The course of the water created this disaster,” Riccardo Caniparoli, a geologist told RAI. “There are norms and laws that were not respected.”

The President of the Campagna region, where Ischia island is located, Vincenzo De Luca, also blamed the incident on disobedient residents that built houses in risky areas without a permit from authorities.

“People need to understand that you cannot live in some areas. There is no such thing as the necessity (to build) illegally,” Vincenzo De Luca told RAI, adding that the illegal buildings should be demolished.

A state of emergency declared

“With this morning’s CDM, the Government gave an immediate response for Ischia by declaring a state of emergency and making an initial allocation of 2 million euros,” Meloni said in a statement. “I renew my closeness to the population and I express my gratitude towards those who are involved in the relief efforts.”