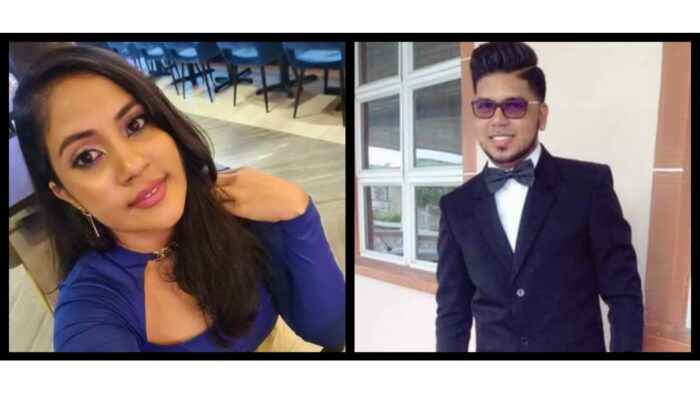 In a case of what residents suspect to be one of murder and suicide, police in Guyana say they are vigorously investigating the death of an attorney and her boyfriend.

According to reports from Georgetown, the bodies of Attorney at Law Sasha Ramzan and Peter Charles were found earlier today at Belle West, Canal Number Two, West Bank Demerara.

Police confirmed to the media on Tuesday that Ramzan,30, was shot twice while Charles had a single wound.

Attorney and Guyana Election Commission member Sase Gunraj said he was shocked by the incident as he recounted a recent interaction with Charles as he dropped off Ramzan at her workplace.

“Only on Saturday, I was parked at AG Chambers and I saw him drive in, drop off and waited on his partner before driving off. We had a nice quick gaff while he waited. Violence, generally and suicide, in particular, could never be an answer to any issue….in fact, it reeks of cowardice! Walk good kid…your impact on this world was something!” he wrote.

Meanwhile Condolences were flooding social media moments after the news broke with friends and family of both deceased saying, they were truly sad by the unbelievable news

“It’s truly a sad moment to hear this news about you my friend. I would have [never dreamt that] you were having problems in your relationship. I’m so sorry this happen this way, which is not the right way. My condolences to your family especially your mom. And my condolences to your family also. May both of your souls RIP and may the family be guided through this terrible time … RIP my friend Peter Charles (Rat) and RIP Sasha Ramzan,” someone wrote.