Monserrat to have its Mammogram machine 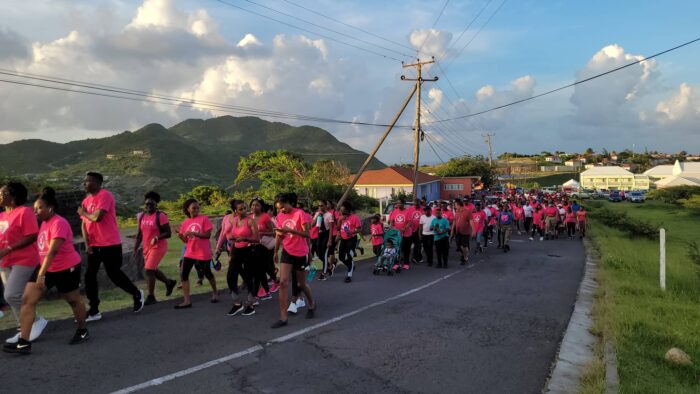 Pink Ribbon Charity Montserrat Inc. said they are pleased to hear that the island will have its first mammogram machine in 2023. “This is great news,” said Charity president Sonia Charles.

“Affordable access to Antigua for mammograms remains a challenge for everyone. Once installed it will certainly help to reduce the burden on those needing this essential service,” Charles said

Women are reminded that mammograms are optional, but they must have regular breast health checks and seek the opinion of a doctor if there is any suspicion of a breast abnormality.

“It is evident that there are two factors preventing increased access to mammogram services at the Belmont Clinic in Antigua.  These are the fare to travel and fear of having a mammogram. The installation of a mammogram machine on island will further enhance Women’s health in Montserrat,” Charles stated.

The Pink Ribbon Charity began as a personal desire for good women’s health in Montserrat in 2009 by Charles and her company, Caribscan.

The company hit local airwaves with Breast Cancer Awareness like no one had ever seen except those organized in large cosmopolitan cities. Initiatives escalated along with a commitment to continue the lobbying for a mammogram machine to be available on island.

Charles also shared that the efforts of the Pink Ribbon Charity from 2013 helped to further enhance the understanding of Breast Cancer Awareness and the benefits of engaging the community.

2022 demonstrated just that, with supporters and fundraisers from the primary school to the college and the community at large offering prizes for competitions, raising funds among their peers, and participating in the annual charity walk. The walk from Look Out to Little Bay saw more than 300 people walking this year for the cause.

The Pink Ribbon Charity October events were a success with more than $15,000 raised for the mammogram fund.  They also launched the official slogan ‘Early Detection Saves Lives’ which was printed onto T shirts and sold.

A membership drive will commence in the New Year to continue the work of getting the message out via several projects that ‘Early Detection Saves Lives’.

“We would like to thank all supporters of the breast cancer awareness initiative and the Mammogram Fund. We wish the community of Montserrat and the Diaspora a very Merry Christmas and a safe, healthy, and prosperous 2023,” added Charles.