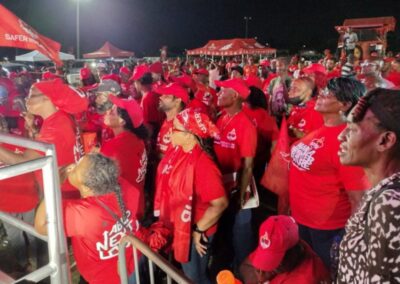 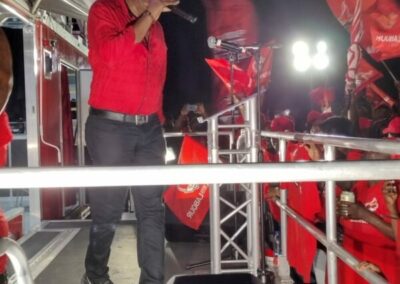 Prime Minister Gaston has threatened to take legal action against the independent candidate for St Peter Asot Michael and every other media house that ran a press statement accusing him of fraudulently obtaining a US$150K loan from the government’s Treasury.

Michael also accused PM of having shares in Jolly Beach and borrowing $200,000.00 from the late Ambassador Josette; the mother of Michael.

Browne said he has already instructed the law firm of Sir Gerald Watts to prepare the court documents which will be served on Wednesday.

He also warned the population about their involvement with the once-cabinet member.

He also warned the population about their involvement with the once-cabinet member.

“When he comes with his lies that I borrowed $200,000.00 from his mother, totally lies. He has been known to be a notorious liar and I want to say to you all who are playing with Asot Michael, he is no comrade. He is trying to derail this great movement, he is trying to destroy the progress we have made during the last 8 and a half years. He is persona non grata. Don’t tell me anything about Asot Michael,” Browne said at a rally moments ago.

Michael was arrested by the British government for his alleged involvement in a bribery matter. He was later fired by Browne. The relationship has never been the same. In fact, it is safe to say that Browne became Michael’s public enemy number one.