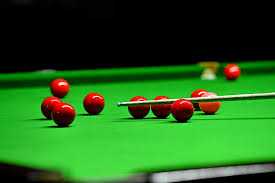 The number of Chinese players who have been suspended from the World Snooker Tour has risen to ten now, following the decision to temporarily expel the 2021 UK Championship winner Zhao Xintong and his compatriot Zhang Jiankang from competition, whilst an investigation into alleged match-fixing continues.

The World Professional Billiards and Snooker Association (WPBSA) have sanctioned these two, along with eight others at the end of last year, after suspicious betting patterns alerted the authorities to potential unscrupulous activities. They confirmed that their enquiries were at an advanced stage, and potential charges could follow.

The 25 year old Zhao had been due to compete in the Masters tournament which starts on Sunday 8 January, at the Alexandra Palace, in London, where he had been drawn to play four-time world champion Mark Selby in his first round match.

There has long been an association with sports betting and criminal behaviour and often the finger has pointed in the direction of Chinese syndicates, but this is the biggest probe in the history of the game of snooker. The latest two players join Liang Wenbo, who was first to be suspended, followed by Lu Ning, Li Hang, Zhao Jianbo, Bai Langning and Chang Bingyu in the early part of December. Then towards the end of the month 2021 Masters Champion Yan Bingtao and Chen Zifan joined the sorry list.

Should any of the players be proved to have been complicit in any way, they will face severe punishment, in the form of lengthy bans, although life-bans are difficult to fully impose in law.

Manipulating matches, or parts of matches, is not exclusive to snooker, but because it is such a popular sport to gamble on, it is seen by the criminals as an good target and many of the players approached may well have been forced into taking part, with maybe threats to families or such like, but for now any speculation is simply that… just speculation.

WPBSA chairman Jason Ferguson has spoken of his sadness at these developments pointing out how damaging they are to the sport loved by so many; but he insisted the investigation was necessary saying that it would be more damaging to leave it and try to hide it.

“The only way to rid the sport of that damage is to deal with it as swiftly as possible,” he said when asked for his thoughts on the matter. He explained that there is a zero tolerance on match-fixing and a sophisticated team and systems were in place to tackle such eventualities, and promised that anyone found guilty would get exactly what they deserved.

Transparency is the way forward for the sports’ leaders

Nigel Mawer, the Head of Integrity, has apparently been working on the investigation for some time and the more he looked into the case the more players were implicated. Mr Ferguson was quick to make the point that as of yet no charges have been made, and therefore nobody has been prosecuted, and the suspended players deserve to be allowed some respect, until such time as an arrest or charge is made.

He said they could have dealt with things behind closed doors, but for the good of the sport they prefer to deal with it in the public eye, so as to be totally transparent.

He went on to highlight how any corruption within the game had to be stamped out at source and how supporters had to trust the product they were paying good money to come and see. “Those people that buy a ticket to watch these games, they deserve to see live sport fought in the way it was meant to be played,” he remarked with an obvious determination to rid snooker of this slur.

World number two surprised at one player in particular

Current stars of the game such as number two in the rankings, Judd Trump spoke of their surprise especially with any involvement Bingtao might have in the episode, given his achievements thus far in his short career. “He seems a nice guy, so it feels like there is someone higher up… they are so young; l  just think maybe they have been forced to do it.”

Former world champion Shaun Murphy insisted that any player found guilty of match fixing should never play on the professional tour again and called for a complete life ban. “Of course all those suspended should have the chance to defend themselves and the due process should take place; but if after all that they are found guilty then their involvement in the snooker family should be finished.”

Too difficult to impose a lifetime ban

However, this was refuted by Ferguson, who responded: “I get Shaun’s statement and I understand why he is so passionate about it, because I feel very strongly about it as well.“ He went on to emphasize the frustrations that exist when it comes to attempting to issue lifetime bans. “Unfortunately there has to be a range; we know from legal advice that lifetime bans do not stack up in court, they are very easy to be challenged.”

Snooker has never really been free of corruption suggestions, dating right back to pioneer Joe Davis who it has been said “carried” weaker opponents in multi-session matches, simply to maximize crowd receipts. Unfortunately, cartels can see the game as an easy target and can single-out certain players and coerce them into their shady affairs.

James Wattana once received a death threat in an attempt to get him onboard; whilst Thai pair Thanawat Tirapongpaiboon and Passakorn Suwannawat were victims of a firebomb attack, believed to be a warning to them when the governing body opened up an investigation into their activities.

4 arrests in history of game

There have only ever been four actual arrests in the history of the game, but no criminal prosecutions were ever brought. Silvino Francisco, Stephen Maguire and Jamie Burnett were all released after their arrests without any charges; but to some people there is never any smoke without fire and consequently, each had a cloud remain with them.

Stephen Lee was not prosecuted, but was found guilty by the WPBSA of breaching Rule 2.9 by accepting payment to influence the outcome of a match. He received a twelve-year ban, which was back-dated to the beginning of his suspension on 12 October 2012 and therefore will run until 12 October 2024. Lee also incurred £125,000 in costs awarded against him after an unsuccessful appeal.