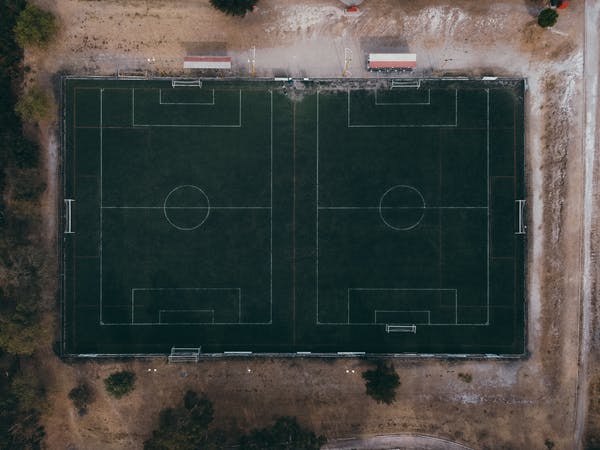 The  Sierra Leone Football Association (SLFA) have launched a major investigation after astonishing results occurred in two separate second-tier games within their concluding set of fixtures, on July 5. The match featuring Kahunla Rangers and Lumbebu United, plus the meeting between Gulf FC and Koquima Lebanon, produced an outrageous total of 187 goals.

Kahunla and Gulf FC were the victors, winning their games 95-0 and 91-1, respectively. The West African nation’s football governing body described them as “impractical results” and immediately promised to conduct a thorough enquiry into the circumstances surrounding the games, in a probe which will almost certainly uncover match fixing of remarkable stupidity.

It seems almost inconceivable for these scorelines to be achieved, but what is more staggering is the half-time scores. In the Kahula vs Lumbenbu United game, it was a relatively normal 2-0, but that means there were an additional 93 (ninety-three!) goals scored in the final 45 minutes. That is more than two a minute, which is beyond comprehension. In the other game, Gulf FC led 7-1 at the break, which in itself is an eye-opener, but they went onto score a further 84 (eighty-four!) in the second half, which in issolation is ridiculous, but when compared to the other match, looks as if they took it easy!

To give it some context, but certainly no credibility, both Kahunla and Gulf FC began the final round of fixtures level on points, battling for the one remaining place in the National Super 10 League, Eastern Region, which serves as the final qualifying phase for the country’s Premier League. As is the normal practice at the end of a season, the matches kicked off simultaneously, ironically for the very reason as to not allow either team any advantage.

Kahula had a marginally better goal difference at the start, but that was relinquished and easily passed by Gulf FC’s seven goal blitz, which seem to have been achieved in questionable circumstances, because the referee refused to return for the second half and was quickly and conveniently replaced. This is when events took an underhand turn at the Kahula game as well, and it is obvious that team officials were having scores relayed to them from the other match, as a significant number of players at both games took part in 45 minutes of what has to be described as seemingly corrupt behaviour, that has brought shame on Sierra Leone football.

Both of the results have been annulled, because of “suspicion of match manipulation”; presumably that the official line that is being used whilst investigations are carried out, as there surely cannot be any doubt that outside influences were at play in these instances.

Who has had what to say?

SLFA president Thomas Daddy Brima told BBC Sport Africa: “We can’t stand by and see an embarrassing situation like this go unpunished. We’re going to launch an immediate investigation and bring to book all those responsible for this mediocrity. All those found guilty will be dealt with in accordance with the SLFA laws, and will also be handed over to the country’s anti-corruption commission.” The organisation added it “maintains zero tolerance” against match manipulation, in compliance with the rules of world governing body FIFA and the Confederation of African Football (Caf). They added: “The general public is therefore assured that the said matter will be thoroughly investigated and anyone found culpable will face the full force of the law,”

The chief executive of Kahunla Rangers, Eric Kaitwll spoke passionately afterwards, stating: “I want to start by apologising to the football fans in the country and the world at large for the odd match result of my club; I want to state firmly that I strongly condemn such unsportsmanlike behaviour displayed by my team, and the other teams involved. I’m setting up a committee to investigate the whole team including the technical staff and the executive members, and whoever is found wanting will be dealt with accordingly”, before exclaiming: “I’ll never be part of match fixing.”

The General Manager of Lumbebu, Mohamed Jan Saeid Jalloh, protested his innocence: “I’m not aware of any match manipulation, but can’t vouch for others.” In which case he seriously needs to have a look at the defensive qualities of his squad! He went on to say: “We conceded lots of goals in the second half. I was frustrated and at some point even left the touchline in anger. I wasn’t concentrating afterwards, so I can’t even tell how many goals we conceded in all.”

The chairman of Koquima Lebanon, Mohamed Lanfia Tunkara claimed the result against Gulf FC was from a “friendly” game, as far as he knew, and he also disputed the 91-1 scoreline. No officials from Gulf FC were prepared to make any comment.

These results are crazy, but compared to the world record, they fall well short. That particular distinction belongs to a game which took place in Madagascar in 2002. In an extraordinary display, the players of Antananarivo based SO l’Emyrne scored own goal after own goal, in a unfathomable protest act, after they disagreed with refereeing decisions in their penultimate fixture, which they felt had cost them a chance at winning the national championship. Their opponents AS Adema didn’t have to break sweat, as they finished up winning the game, 149-0. The stunt meant the coach and four players received three year bans.

Integrity is vital in team competitions, which is why there are governing bodies who create rules and regulations, and appoint officials to uphold them during fixtures. In this case there has been a phenomenal collapse of respect for the game of football and presumably greed is at the root of it.

However, it has to be a case of individuals totally losing any sense of rational thinking, because to allow the scorelines to escalate to such an extent, they surely could not expect anyone in authority to consider the results anything other than at best, dubious; but more likely to be highly suspicious of corruptible dealings. No doubt heads will roll at the conclusion of the investigation, but probably the main culprits will live to fix another day.