Lovell says NO to debate with PM Browne 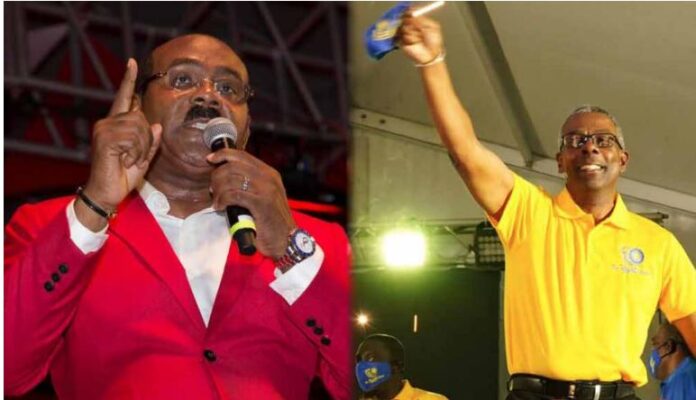 The Leader of the United Progressive Party (UPP) Harold Lovell has reportedly declined to a public debate with Prime Minister Gaston Browne.

According to a statement from the Antigua and Barbuda Labour Party issued on Saturday, the debate, to discuss issues of national interest was being organized by Twin Island Media.

The prime minister said he was informed by the media house that Lovell has refused the offer to debate along with Leader of the Democratic Alliance Joanne Massiah.

Browne said he would be QUOTE “happy to expose all the deceitful statements and empty promises that Lovell has been making”.

He said further that he is disappointed the UPP leader has bowed out of the debate, saying that Lovell should be “man enough to stand up and face the truth”.

“Lovell has shown clearly that he is no leader and he cannot debate the facts with Browne. Instead, he prefers to continue his monologue of lies, in the hopes that mud thrown often enough will stick,” a statement from the ABLP said

It is unclear whether the debate will continue without Lovell.

Political tension in Antigua and Barbuda is at an all-time high, as residents prepare to go to the polls on January 18th to elect the government of their choice.