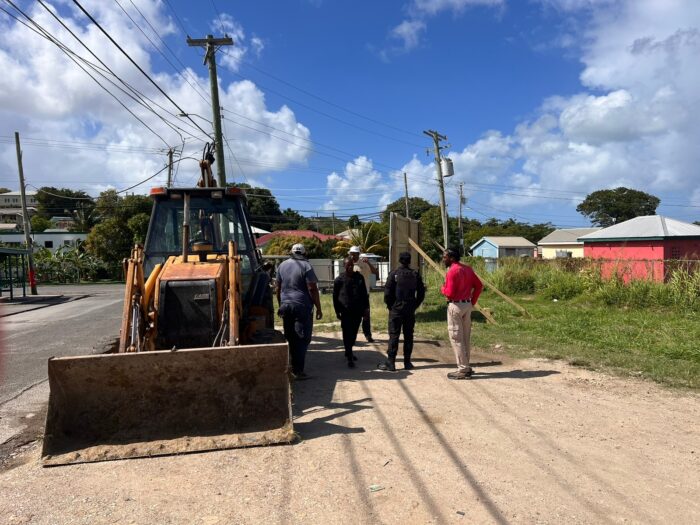 “One billboard cannot stop me. One gone, two born. People don’t vote for billboards so breaking it down to achieve your political mileage is not gonna happen. You’ve only just angered the bear”, Watts said on his radio station this evening.

Watts said the entire situation was a ply by ABLP candidate Dean Jonas and the deputy at DCA.

“I am seeking legal representation. They didn’t just take it down, it was destroyed. It was a plot…” he said.

According to the DCA, no permission was granted to approve the billboard.  As such, Watts was given notice for removal on Thursday 5th January 2023.

Watts confirmed that he received a call last week from someone via telephone asking him to remove the billboard. He said the person on the other end of the phone said the billboard could be obstructing traffic.

“I am from Potters. I don’t know what nonsense I was hearing. I didn’t know if it were official or not. DCA doesn’t operate by word of mouth. I had received no written correspondence from the DCA. Nothing to tell me about my infringement, no time to correct my infringement…None of that was done,” he said.