“This election is a fight for your lives” …Serpent 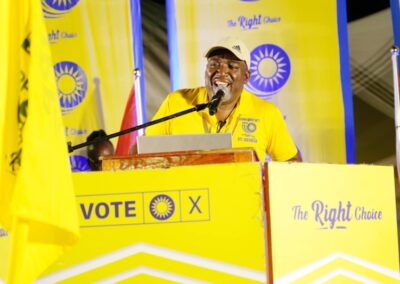 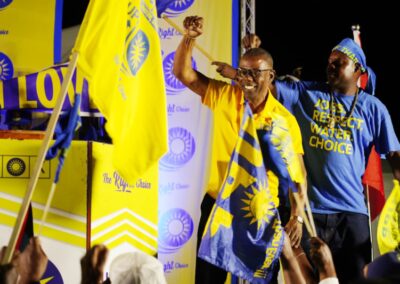 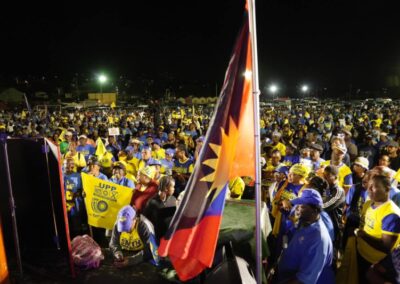 The United Progressive Party’s candidate for St George Algernon Serpent Watts told party supporters at a political rally last night that he will not be initiated by those who he says are working to ensure he loses his insanity and freedom.

Watts made reference to the demolition of his billboard by the Development Control Authority and several other “plots” against him by his opponents.

“That will never happen. Pushing down my billboard can only serve to raise my profile…They cannot stop this blue train. we are in a fight for our lives in this election, and Gaston and the ABLP now want to buy the elections,” he said.

Watts also claimed that the government spent heavily on a free concert while nurses are owed money, including Ex-LIAT employees and others