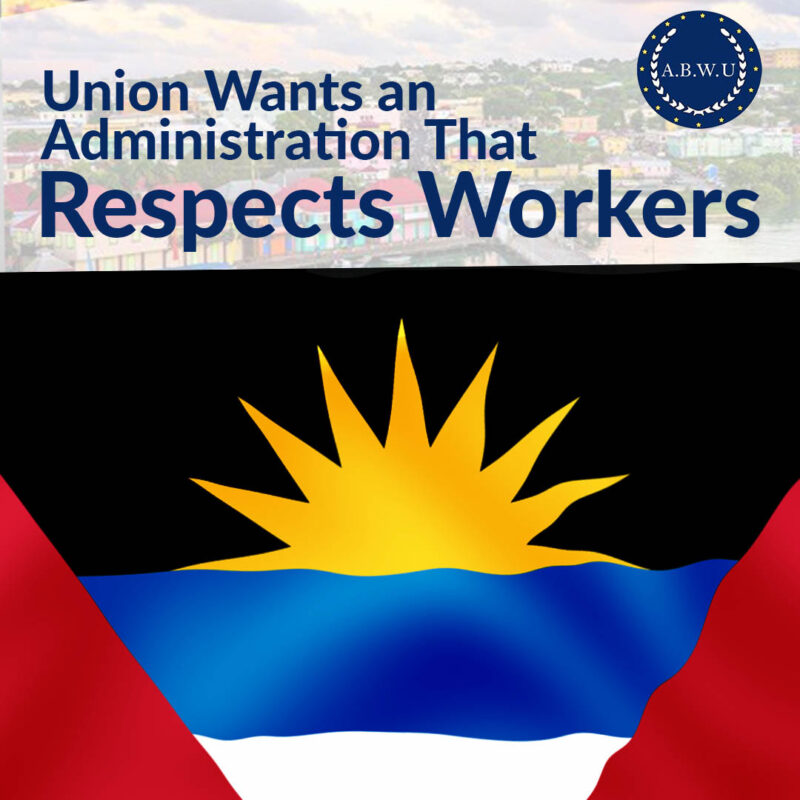 The Antigua and Barbuda Workers’ Union (ABWU) has it is greatly disappointed and flabbergasted by the Cabinets rejection of their recommended rate of increase and by their unilateral decision to set the new minimum wage at $9.00 per hour an increase of only 80 cents

In a press statement issued on Tuesday, the ABWU contends that the minimum wage was already outdated and the increase is not sufficient.

“The ABWU notes the United Progressive Party’s (UPP) proposed minimum wage of $10 per hour. We consider this to be a fair and reasonable rate that will allow those in the lowest bracket of the income spectrum to earn a livable wage. We also applaud the urgency with which they propose to implement the new minimum wage,” the statement added.

According to the ABWU, the unpleasant reality is that many Antiguans and Barbudans, Caricom Nationals and individuals from the Dominican Republic have been plunged into abject poverty through astronomical increases in the cost of living and the stagnation of the National Minimum Wage.

“This crisis requires swift action to bring relief to the thousands of workers who have kept our economy from complete collapse. Further, we note the UPP’s pledge to adhere to the statutory requirement to review the National Minimum Wage every two years,” the statement added.

Adding, “this is a matter that we take very seriously! Between 2014 and 2022, Gaston Browne and the Antigua and Barbuda Labour Party (ABLP) Administration refused to honour this statutory requirement”

Moreover, the ABWU said the Labour Minister repeatedly ignored our missives calling for the establishment of the National Minimum Wage Advisory Committee.

“Unfortunately, it is only now – on the heels of a General Election – that discussions on a minimum wage have suddenly become a priority for the Gaston Browne Administration. By their own track record, it is evident that the ABLP Administration has no interest in the well-being of workers, especially the most vulnerable,” the statement said.

The Antigua and Barbuda Workers’ Union said further that it recognizes the pivotal nature of the pending General Elections. It is an opportunity for the nation to part ways with an administration that has repeatedly bullied and trampled upon the rights of workers.

“To date, hundreds of workers are yet to be compensated by the government after they were wrongfully dismissed for asserting their right to choose what goes into their bodies,” the statement added.

“Additionally, hundreds of former LIAT workers are still languishing after being denied a fair severance settlement, and the Gaston Browne Administration refuses to entertain any dialogue with their legally recognized bargaining agent, the Antigua and Barbuda Workers’ Union”

The ABWU said the United Progressive Party, on the other hand, is already demonstrating a willingness to cooperate with the Unions and an interest in addressing the issues that are affecting workers.

“The ABWU believes that the United Progressive Party will be a respectful partner in labour relations; a partner that will not bully and intimidate other stakeholders in the world of work.  It is on these grounds that we publicly offer our endorsement and support for the United Progressive Party as they contest the January 18th General Elections” the statement added.