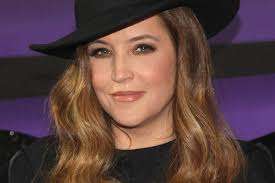 Lisa Marie Presley has died after suffering a reported cardiac arrest. News of the tragic passing of the 54-year-old, and only child of legend Elvis, was released to outlets by her mother Priscilla. She had seemingly been found unresponsive on Thursday morning (12 January) in the bedroom at her home in the city of Calabasas, which is nestled between the foothills of the Santa Monica and the Santa Susanna Mountains, about 30 miles north-west of down-town Los Angeles.

Despite paramedics performing CPR and finding signs of life, she never regained consciousness after being rushed to hospital. She had last been seen in public just two days previously when she had attended the Golden Globes Awards in Beverly Hills, where accompanied by her mother, she had seen Austin Butler win best actor in a film drama, for his portrayal of her father in Baz Luhrmann’s biopic Elvis.

The star was also well-known for a series of high-profile marriages to pop legend Michael Jackson, actor Nicholas Cage and musicians Danny Keough and Michael Lockwood.

She had four children, including the actress Riley Keough and Benjamin Keough, who tragically killed himself in 2020. She also had 14-year-old twin daughters, Harper and Finley, with Mr  Lockwood.

Priscilla’s statement read: “It is with a heavy heart that I must share the devastating news that my beautiful daughter Lisa Marie has left us.” She continued: “She was the most passionate, strong and loving woman I have ever known,” before asking for privacy to deal with their profound loss.

Lisa Marie was born in 1968, nine months to the day after her parents’ wedding, and was the owner of her father’s Graceland mansion in Memphis, Tennessee, which is to this day a popular tourist attraction. She was nine-years-old when Elvis died in 1977 and instantly became joint heir to his estate, along with her grandfather Vernon Presley and her great-grandmother Minnie Mae Presley, after whose passing she took sole ownership.

She followed Elvis into the music industry and had three successful albums, before in 2018 she released “Where No One Stands Alone” which featured 14 original performances recorded by her late father, including a reimagined duet, in which she sang alongside the Rock & Roll great. Inevitably, because of her high-profile, she was a big attraction for the media, who got a lot of mileage out of her show-biz marriages, of which there were four, followed by four divorces.

She first got hitched to musician Danny Keough, before controversially marrying pop legend Michael Jackson in 1994, a relationship which was on and off even after they parted two years later. She then got together with Hollywood actor Nicholas Cage in 2002, but they lasted only four months together. She gave marriage another go after meeting number four, guitarist and music producer Michael Lockwood, although they too divorced, finally settling in 2021.

Only a few days before this shocking occurrence, the singer-songwriter had visited Graceland, to celebrate what would have been her father’s 88th birthday on 8 January. She gave a heart-felt speech thanking the fans who had turned out in large numbers, telling them that they were the only people who could actually bring her out of her house.

“I love you back and that’s why I am here; it is hard to believe he would have been 88 today, and I think that he would be so very proud.” She added: “It is so moving to me and my family how every year you come from all over the world… so thank you.”

On-going struggle to come to terms with son’s suicide

Much of her sadness that day was due to her struggle to come to terms with the loss of her only son Benjamin, who took his own life aged just 27, back in 2020. Friends had often said that he was the love of her life and she was inconsolable and devastated beyond belief at his death, but was trying her best to stay strong for her daughters.

She wrote: “Grief is something you will have to carry with you for the rest of your life, in spite of what certain people or our culture wants us to believe, you do not ‘get over it,’ you do not ‘move on,’ period.”

Amongst the early tributes, Tom Hanks said he and his wife, Rita Wilson, were “absolutely broken” at the news; with Rita going on to urge people to listen to Lisa Marie’s music: “Her sultry voice had a power and tenderness, that I have always loved.”

Nicolas Cage, said it was devastating news. “Lisa had the greatest laugh of anyone I ever met; she lit up every room, and I am heartbroken. I find some solace believing she is reunited with her son Benjamin.”

Pop star Pink described Lisa Marie as “one of a kind” and “smart as a whip, sensitive and talented,” adding that the world had “lost a rare gem.”

Author and lyricist Linda Thompson, who was a former girlfriend of Elvis, shared pictures of Lisa Marie as a toddler, saying:“My heart is too heavy for words”.

La Toya Jackson tweeted how Lisa Marie would be forever in the Jackson family’s hearts, going on to say: “I will never forget how much you shared the love you had for my brother with me, I thank you for being so honest #RIP.”

John Travolta wrote on Instagram: “I am so sorry, I will miss you but I know l will see you again.” before sending love to her mother and three children.

Bette Midler, Billy Idol, Sean Lennon – the son of Beatles star John and Yoko Ono, Chrishell Stause, Jennifer Tilly, Leah Remini, Marlee Martin, and Donatella Versace are just a few of the others who have already spoken out touchingly with great love, respect, and shock at the sudden passing of someone so obviously held in high esteem.

Thank you speech at the Globes awards aimed at Lisa Marie

Only a few days ago Austin Butler thanked Lisa Marie Presley for opening her “heart and memories” as he made his Golden Globes acceptance speech. “I also want to thank the Presley family,” he said after winning Best Actor in a Motion Picture Drama, for his portrayal of the King of Rock. “Thank you, guys for opening your hearts, your memories, and your home to me. Lisa Marie, Priscilla, I love you forever.”