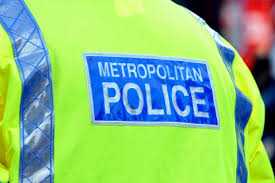 A serving Metropolitan Police officer has admitted to 24 counts of rape, plus many other sexual offences, in what a senior officer has said was “unprecedented in policing”. David Carrick, 48, carried out his shocking catalogue of crimes between 2003 and 2020, with the majority taking place in Hertfordshire, the county in which he lived.

He used his position of authority to firstly gain trust and then to intimidate his 12 different victims, to the point where they feared reporting his criminal behaviour. He met some of his victims through online dating sites such as Tinder and Badoo. He was finally stopped when one woman found the courage to come forward and bring his shocking crimes into the open.

He pleaded guilty at Southwark Crown Court to four rapes, false imprisonment and indecent assault, relating to offences carried out against a 40-year-old woman back in 2003, and it was then revealed that he had already submitted a guilty plea to 43 other charges, including 20 counts of rape, in December of last year.

The Met has apologised after it emerged he had come to their attention regarding nine separate incidents between 2000 and 2021, yet nothing was done about it.

Carrick, from Stevenage, and who served with the Parliamentary and Diplomatic Protection Command, was arrested in October 2021 and immediately suspended from duty. He will be sentenced next month.

No action taken despite red flags

He joined the Met Police, at the age of 26, back in 2001, following a brief spell in the army. The following year he was investigated but no charges were brought in relation to an accusation of him assaulting and harassing an ex-partner. There would be further similar reports together with domestic abuse complaints, yet none would lead to a criminal prosecution, and in 2009 he was promoted to become a firearms officer and would then pass a vetting process once again, in 2017.

It emerged that he was totally controlling with the women he became involved with, right down to what they wore and ate, and even stopped some of them from speaking to their own children. He seemingly told his victims that they were his “slaves” and subjected them to unimaginable acts of degradation. He would taunt them by claiming that they could never report him as it would be their word against a “respectable” serving officer.

His earliest known victim described being falsely imprisoned in a small cupboard, raped and threatened with an imitation firearm by him in 2003, a period when he was approaching the end of his probationary period in the force. Others he would disgustingly urinate on, thriving on their humiliation.

Finally, in October 2021, following publicity about another disgraced Metropolitan Police officer – PC Wayne Couzens, one of his victims courageously did report him to the police, describing how after plying her with drink, he took her to a hotel room where, she said, he raped her.

This lead to Carrick being arrested and charged, but in interviews he was relaxed and claimed any sexual activity had always been consensual, or had not actually happened at all.

Detective Chief Inspector Iain Moor, of Hertfordshire Constabulary, who led the investigation, pointed out that she had been the trigger that allowed the others to come forward too. “The investigation snowballed; she did not realise she would empower so many women to strip away the law-and-order mask of a monster” he said, in praising the bravery of the first complainant.

After first denying the initial allegations in court, he suddenly, in December 2022, admitted most of the offences, before pleading guilty to the outstanding charges on 16 January.

Scale of his crimes barely believable

The chief crown prosecutor, Jaswant Narwal, reminded the court that Carrick held a role where he was trusted with the responsibility of protecting the public, yet over an astonishing period of 17 years, he did the exact opposite in his private life.

She said he is a man who relentlessly degraded, belittled, sexually assaulted and raped women, and as time progressed, the severity of his offending she said, intensified; with him seemingly becoming emboldened into believing he would continue to get away with his crimes. She added that: “The scale of the degradation he subjected his victims to is unlike anything I have encountered in my 34 years with the Crown Prosecution Service.”

Sir Mark Rowley, the Metropolitan Police Commissioner, who only assumed office in September 2022, apologised to all of Carrick’s victims for the force’s appalling failings. He accepted that he should never have been allowed to become a police officer and said they had “let women, girls, and indeed Londoners down.”

He commended the “unimaginably brave and courageous” actions of the women who came forward to report his offences; whilst conceding that although the vast majority of the men and women under his control were great people, there had been too much of a relaxed approach when it came to guarding their own integrity.

He also confirmed that the Prime Minister had been very helpful in ordering a review around the recruitment system, declaring that he had “come back to policing because I am passionate about policing.”

Continuing to maintain how rules needed changing to make it easier to move out what he called “toxic people”, he incredibly explained that although some officers had been sacked, there were other legal bodies, who had the power to reinstate them.

“I know it sounds bizarre as I am the commissioner, but I cannot decide who my own workforce is,” he stated with unmistakable frustration.

There has been a call for the Home Secretary to conduct a full enquiry into this case, with Baroness Casey, who is already conducting a review of the force’s standards and internal culture, saying that it was the very least all the victims were owed.

The response from the individual in that position, Suella Braverman was to call it a “sobering day” for the Met and the whole policing family throughout the country.

She said that recent guidance by HM Inspectorate of Constabulary on prioritising vetting and recruiting processes needed to be followed, saying: “I expect every chief constable to take on board those recommendations and implement them urgently”, but she stopped short of demanding an enquiry as had been called for.

Harriet Wistrich, director of campaign group the Centre for Women’s Justice, was scathing in her criticism of the police misconduct system, calling it “Woefully deficient amid a largely unchallenged culture of misogyny in some sections of the Met.”

She added that for Carrick to not only become a police officer, but remain a serving officer for so long whilst perpetrating the horrific crimes against women that he committed, was “absolutely terrifying”.

More than a thousand other claims under investigation

On top of this alarming case, Sir Mark Rowley was also forced to confirm that the Metropolitan Police is remarkably investigating a total of 1,633 claims of alleged sexual offences or domestic violence, involving 1,071 officers and other staff.

He also announced that all 45,000 of the force’s officers and staff will now be rechecked for previously missed offending, to ensure that appropriate decisions were definitely made.