Alec Baldwin, who killed a cinematographer on set, charged with two counts of involuntary manslaughter in the US 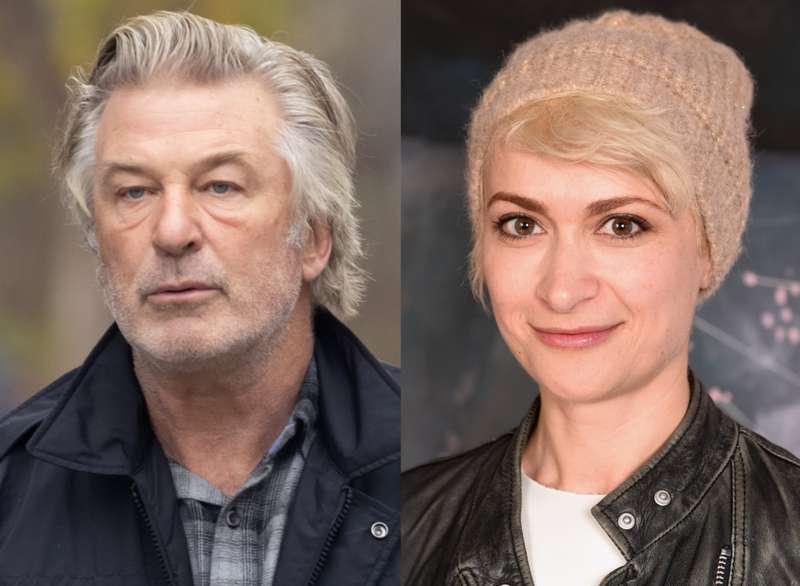 Mark Carmack-Altwies, the Judicial District Attorney for New Mexico, said ‘Rust’ actor and producer Alec Baldwin will be charged with two counts of involuntary manslaughter over the death of cinematographer Halyna Hutchins.

On October 21, 2021, Alec Baldwin accidentally shot Halyna Hutchins, while preparing for a scene in the movie “Rust.” The 42-year-old Ukrainian producer was fatally wounded and later died at the University of New Mexico Hospital. An autopsy confirmed that a “gunshot wound of the chest” was the cause of her death, and the report stated that it was an “accident.”

Although prosecutors did not deny that Hutchins died by accident, they argued that Baldwin’s intention does not change the fact the act was a crime.

“After a thorough review of the evidence and the laws of the state of New Mexico, I have determined that there is sufficient evidence to file criminal charges against Alec Baldwin and other members of the ‘Rust’ film crew,” Carmack-Altwies said in the statement. “On my watch, no one is above the law, and everyone deserves justice.”

The attorney added that Alec Baldwin and Hanna Gutierrez-Reed would be charged with two counts of involuntary manslaughter.

Why charge an actor for a mistake?

Many had thought Alec Baldwin would not be charged for the death of Halyna Hutchins because it was clearly an accident. However, New Mexico’s First Judicial District Attorney Mary Carmack-Atwies believe the accident would have been avoided if Baldwin and his team took precautions.

She argues that other actors confirmed to her that guns used in movie productions are thoroughly checked if loaded before work begins. She noted that the actors were even “A-List” celebrities.

“He should have been aware that safety was an issue on set and then as an actor that day, he should have checked that gun, checked those projectiles,” Ms Carmack-Atwies told CNN. “Every person that handles a gun has a duty to make sure that if they’re going to handle that gun, point it at someone and pull the trigger that it is not going to fire a projectile and kill someone.”

“An actor doesn’t get a free pass just because they’re an actor,” she added.

The Attorney stated that the actor was being charged as the man that pulled the trigger and as a producer who had the responsibility to check if the gun was safe for use. She noted that before the deadly gunfire, there were complaints of accidental misfires, which would have alerted the movie producer of the need to be more cautious.

“He should have been aware that safety was an issue on set and then as an actor that day, he should have checked that gun, checked those projectiles,” she said. “He didn’t check it. He didn’t do any of things he was supposed to do to make sure that he was safe or that anyone around him was safe.”

To date, nobody has accused Mr Baldwin of deliberately shooting at the cinematographer. All he has been accused of is mistakenly shooting at Hutchins. However, District Attorney Mary Carmack-Altwies explained why the actor needed to face the jury.

“Just because it is an accident doesn’t mean that it’s not criminal,” she added.

Baldwin’s counsel has argued that Carmack-Altwies went too far by charging him for the unintentional killing.

“A terrible miscarriage of justice”

Luke Nikas, Baldwin’s Attorney, and his team believe the decision to charge him for the offence was wrong as he was not aware that he was carrying a loaded gun. He described the decision as “a terrible miscarriage of justice” but was optimistic that the jury would not find his client guilty.

“Mr Baldwin had no reason to believe there was a live bullet in the gun — or anywhere on the movie set. He relied on the professionals with whom he worked, who assured him the gun did not have live rounds. We will fight these charges, and we will win,” Nikas said.

Baldwin had blamed Gutierrez Reed, the armourer and props assistant on the film, for the tragedy. He also pushed some blame on Dave Halls, who handed him the gun.

The investigative report seems to be in line with Baldwin’s claim and might have vindicated him of any wrongdoing after it clearly stated that there was no “compelling demonstration that the firearm was intentionally loaded with live ammunition on set,” and the manner of death is best classified as an accident.

Halyna Hutchin’s family, on Thursday, released a statement expressing their gratitude to the District Attorney for conducting a “thorough investigation” into what it described as a “conscious disregard for human life.”

“It is a comfort to the family that, in New Mexico, no one is above the law,” the family’s statement reads, adding that it is looking forward to getting justice. If Baldwin is found guilty, he could face up to 18 months in jail or pay a fine of $5,000.