Greene said he was almost “outdone” because of APUA 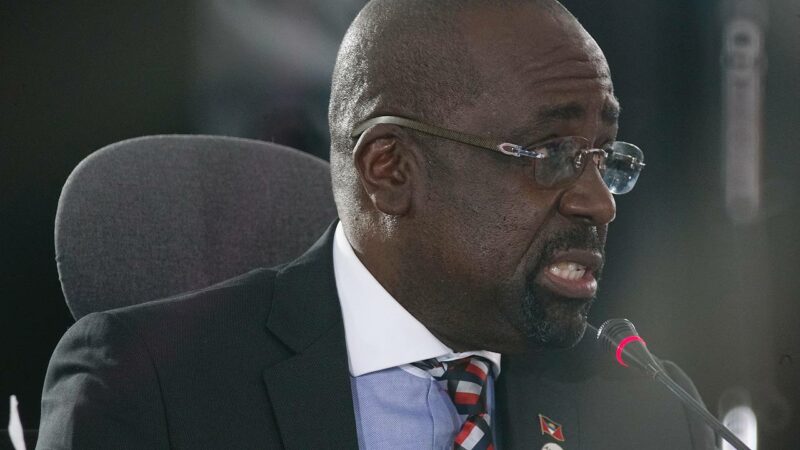 Parliamentary Representative for St Paul E.P Chet Greene says he is several thousands of dollars poorer today, because of the incompetence of the Antigua Public Utilities Authority (APUA).

Greene said the water issues faced around the country, especially in his community of St Paul almost cost him his seat in Parliament and the government the entire elections

“I am so disappointed in APUA. The plant is Pigeon Point works and it is self-servicing in other areas, yet still, the people cannot get water and the people protested in their numbers with their votes about that situation. So, I am not the prime minister but I am saying to APUA to shape up or shape out,” Greene said

He said this time around, he is in a “no-nonsense mode for this term because this is affecting the people and their quality of life and this is unacceptable. Why should I pay the price for their incompetence or for their failure to perform what they are being paid to do? APUA failed the people of St Paul…” he said.

Greene said he has had to truck water to several parts of his community, causing him to lose thousands of dollars because of the ineffectiveness of APUA.

“I am several thousands of dollars poorer today because, in Liberta, during the height of the drought, I had to truck water to the community” he lamented

He said the government instructed APUA to build a pumping station in Liberta but that has not been done.

“I was almost outdone by APUA. Sorry, the joke ends here,” Greene added.

He who claimed that he has done more for his constituents than any of his other colleagues, also claimed that other government agencies including Public Works and the Ministry of Health also “failed”

“As a result, who paid the consequence? It almost came down to me. It can’t be business as usual”, Greene said.