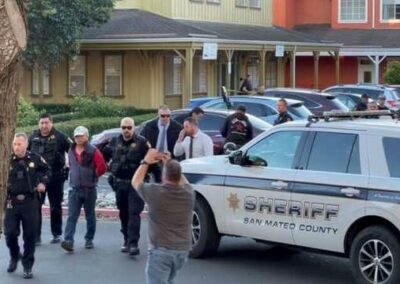 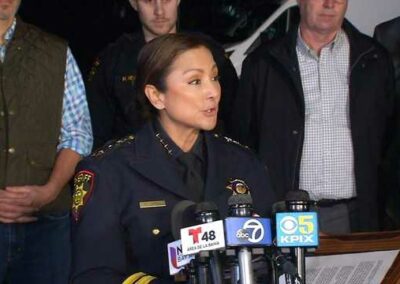 While the people of California are still mourning the death of the 11 people killed on Saturday, they have received news of two more shootings on Monday, another blow to the Asian American community in the State.

The gunman invaded a mushroom farm on Monday, killing at least four people before heading to a trucking facility to kill three others. The two locations are about 2 miles apart. At least one injured person is said to be in a critical situation.

“At the hospital meeting with victims of a mass shooting when I get pulled away to be briefed about another shooting. This time in Half Moon Bay. Tragedy upon tragedy,” California Gov. Gavin Newsom wrote on Twitter.

San Mateo County Sheriff Christina Corpus said people were working at the time of the incident, and even children were present at one of the locations.

“It’s a big rural location, so people are working. It’s spread out, there are people that live at the location as well. It was in the afternoon when kids were out of school. For children to witness this is unspeakable,” Corpus said at a news conference on Monday.

“This kind of shooting is horrific. It’s a tragedy that we hear about far too often but today has hit home here in San Mateo County,” she added.

Police arrest the suspect, but his intentions are still unknown

Following the shootings at Half Moon Bay, the Police identified and arrested the suspect on Monday. 67-year-old Chunli Zhao was arrested at a substation, and a semi-automatic handgun was recovered from him. Christina Corpus said the suspect acted alone, and there was no further threat to the community, at least for now.

“We can tell you we know he acted alone at this time. And we are working with our district attorney’s office at this time to interview the suspect,” Ms Corpus stated, adding that the suspect could be a worker at one of the two locations where the shootings occurred.

Yet another mass shooting hours later

Hours after the killing of seven people in Half Moon Bay, another gunman shot at several people in Oakland, California, on Monday night. Seven people were said to have been injured, and one dead. Officers are still investigating the incident, and the suspect is yet to be arrested. Preliminary investigations showed that several people were shot, but at the time the Police arrived on the scene, there were no victims, as they had been taken to the hospital.

However, the Police said the seven injured victims are in stable condition and the identity of the deceased victim’s identity is being withheld until the family is notified.

On Saturday, a 72-year-old gunman killed at least 11 people in Monterey Park before killing himself inside a car.

The president of the San Mateo County Board of Supervisors, Dave Pine, Monday called for stricter gun laws in the United States.

“We are sickened by today’s tragedy in Half Moon Bay. The scourge of gun violence has sadly hit home. We have not even had time to grieve for those lost in the terrible shooting in Monterey Park. Gun violence must stop,” Dave Pine said in a statement.

He added that the State of California has the strictest gun laws in the United States, but more need to be done to curb the issue.

“The status quo cannot be tolerated,” the statement added.