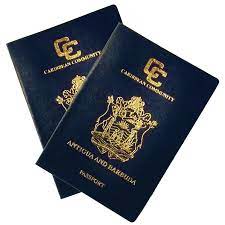 Antigua and Barbuda’s passport remains one of the strongest in the region, having fallen by a single place in this year’s Henley Passport Index.

Germany, Spain, Finland, Italy, Luxembourg, Austria, and Denmark round out the top ten.

Meanwhile, Barbados retained its position as the Caribbean’s most powerful passport for the 8 straight year, with visa-free access to 163 countries, placing 24 in the overall rankings.

Antigua and Barbuda got the 31 spot, tied with Trinidad and Tobago with access to 151 countries – a place down for both from 30 in the 2022 rankings.

The twin island nation has been maintaining its position in and around position 30 in the Henley rankings.

The lowest ranking the country ever received was when it got placed at 24 back in 2014  with visa-free access to only 132 countries.

St Lucia is next on the rankings for the Caribbean, in 33 with access to 147 countries, then Grenada in 34 with 146 countries, and Dominica in 35 with 145 countries.

Belize rounds out the top ten ranked Caribbean countries, in 54 with visa-free access to 103 countries.

Guyana, Jamaica, Suriname, and Haiti were the lower-ranked Caribbean countries.