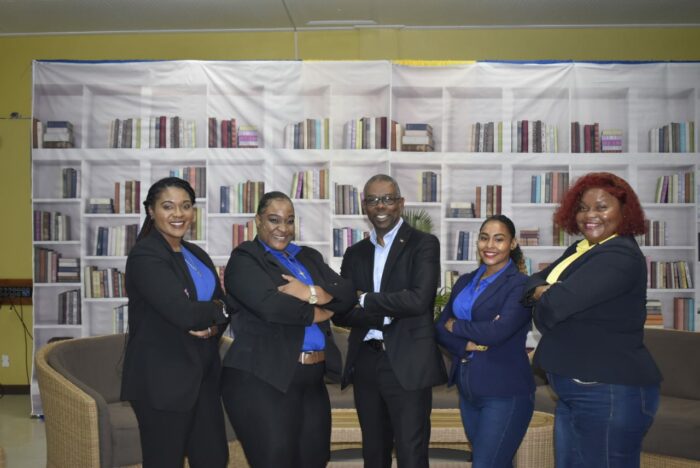 After dozens of young people took to social media following the swearing-in of the United Progressive Party’s senators, the Progressive Youth Pledges has issued a statement saying that it is in full support of the new MPs and Senators.

The youths cried out on Tuesday, saying that they felt left out without the inclusion of a “young” senator to represent them, especially after pledges by the UPP that they would have a voice in parliament.

“We are very pleased that half of the UPP candidates who were successful in the recent January 18 elections are young, vibrant, and dynamic individuals: the Leader of the Opposition the Hon. Jamale Pringle the member for All Saints East & Saint Luke, the Hon. Anthony Smith a member of All Saints West and the Hon. Kelvin Simon the member for St. Mary’s South”, the Progressive Youth wrote in their statement late Thursday.

The youth arm says they are especially proud of UPP leader Jamale Pringle who would have been intimately involved in the party’s youth arm before becoming a member of parliament, the leader of the opposition, and the political leader of the party.

“The story and progression of Bro. Pringle shows the country what we in the Progressive Youth already know. The leadership of the UPP mentors and advances its youth to become leaders within the party and the nation.

Meanwhile, Jonathan Wehner, chairperson of the Progressive Youth says they are looking forward to the robust advocacy of youth issues these young parliamentarians will bring.

Wehner minded as well that the UPP came remarkably close to winning the government but since it is in opposition it has minimal senatorial appointments compared to the government. ‘

Pringle stated that the senate appointments will be through a rotational system, which had to be used due to the minimal four senate seats allocated to the opposition. The party will fulfill its promise of youth representation in the senate under this rotational system.

“It is also important to note that from the eleven senators appointed by the current government, the majority are older individuals who cannot speak to the issues facing the youth today. The Progressive Youth targets persons ages 15-35 from all 16 constituencies throughout Antigua. Their members are united by the common goal of youth empowerment in Antigua and Barbuda. Today’s youths are the frontline fighters for progression. “If not us, then who? If not now, then when?”, the statement ended