Suicide bombers struck the crowded gates of Kabul airport with at least two explosions on Thursday, causing a bloodbath among civilians and U.S. troops and effectively shutting down the Western airlift of Afghans desperate to flee. 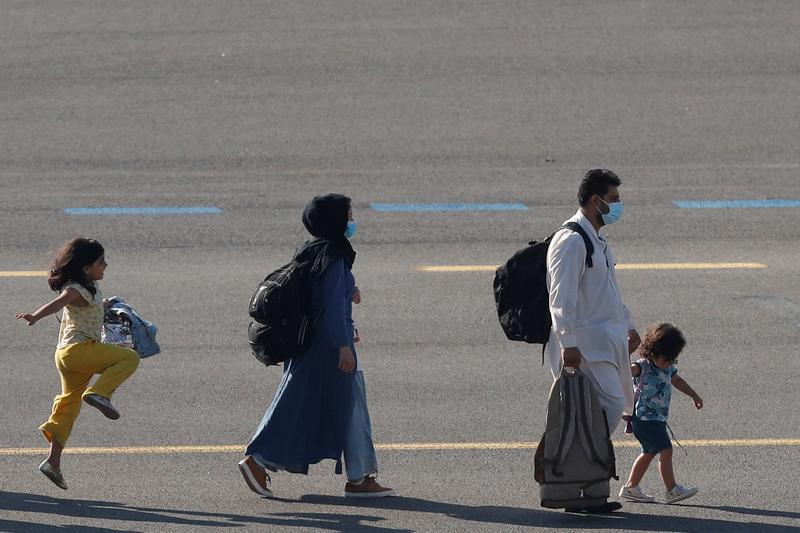 The Pentagon said “a number” of American service members were killed. One U.S. official said according to initial reports at least 10 had died.

There was no complete death toll of Afghan civilians but video images uploaded by Afghan journalists showed dozens of bodies of people killed in packed crowds outside the airport. 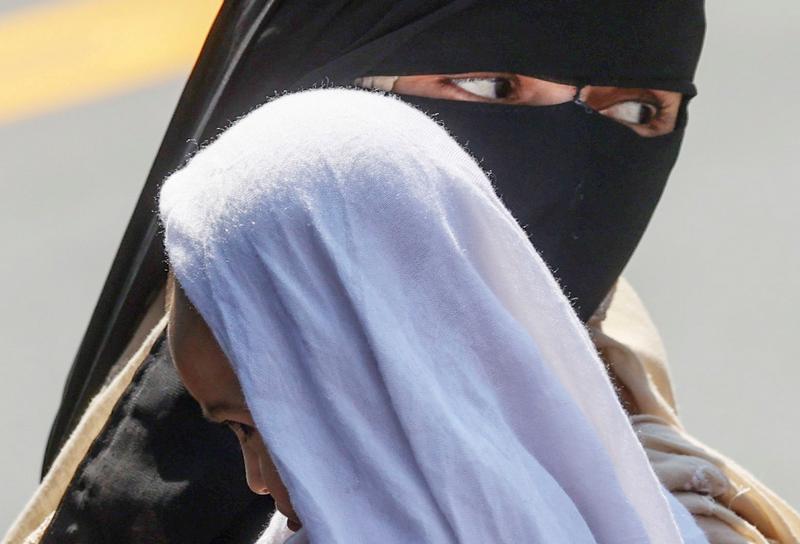 Families board a bus to depart from a processing center for refugees evacuated from Afghanistan at the Dulles Expo Center near Dulles International Airport in Chantilly, Virginia, U.S. August 25, 2021. REUTERS/Jonathan Ernst

A watery ditch by the airport fence was filled with bloodsoaked corpses, some being fished out and laid in heaps on the canal side while wailing civilians searched for loved ones.

Several Western countries said the airlift of civilians was now effectively over, with the United States having sealed the gates of the airport leaving no way out for tens of thousands of Afghans who worked for the West through two decades of war. 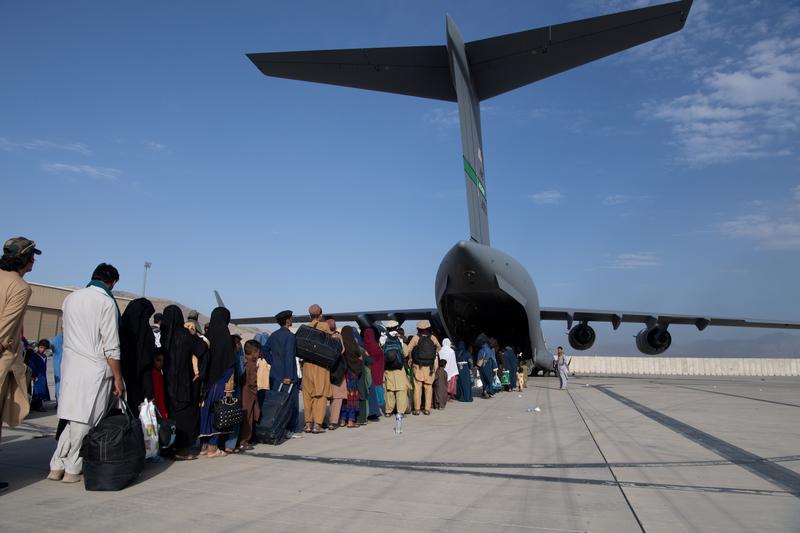 A Taliban official said at least 13 people including children had been killed in the attack and 52 were wounded, though it was clear from video footage that those figures were far from complete. One surgical hospital run by an Italian charity said it alone was treating more than 60 wounded.

The explosions took place amid the crowds outside the airport who have been massing for days in hope of escaping in an airlift which the United States says will end by Tuesday, following the swift capture of the country by the Taliban. 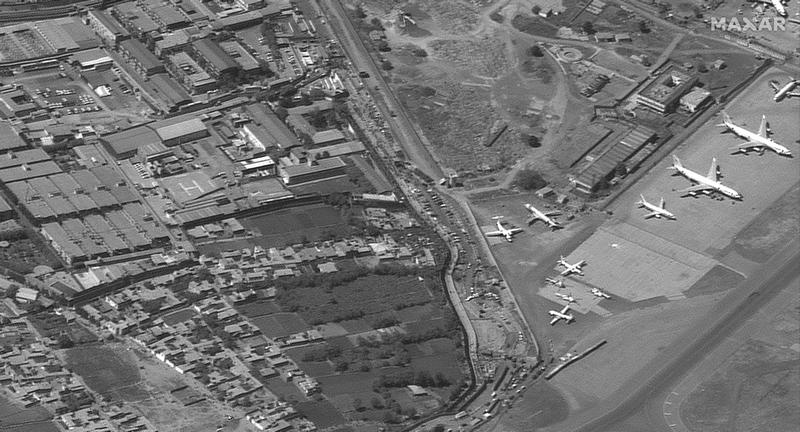 An overview of the Abbey Gate at Hamid Karzai International Airport, in Kabul, Afghanistan August 25, 2021, in this satellite image obtained by Reuters on August 26, 2021. Satellite image 2021 Maxar Technologies/Handout via REUTERS

There was no immediate claim of responsibility for the blasts, but U.S. officials pointed the finger at Islamic State’s Afghan affiliate, ISIS-Khorosan https://www.reuters.com/world/asia-pacific/recent-major-attacks-linked-islamic-state-afghanistan-2021-08-26, which has emerged as enemies of both the West and of the Taliban.

A witness who gave his name as Jamshed said he went to the airport in the hope of getting a visa for the United States.

“There was a very strong and powerful suicide attack, in the middle of the people. Many were killed, including Americans,” he said.

Zubair, a 24 year-old civil engineer, who had been trying for a nearly week to get inside the airport with a cousin who had papers authorising him to travel to the United States, said he was 50 metres from the first of two suicide bombers who detonated explosives at the gate. 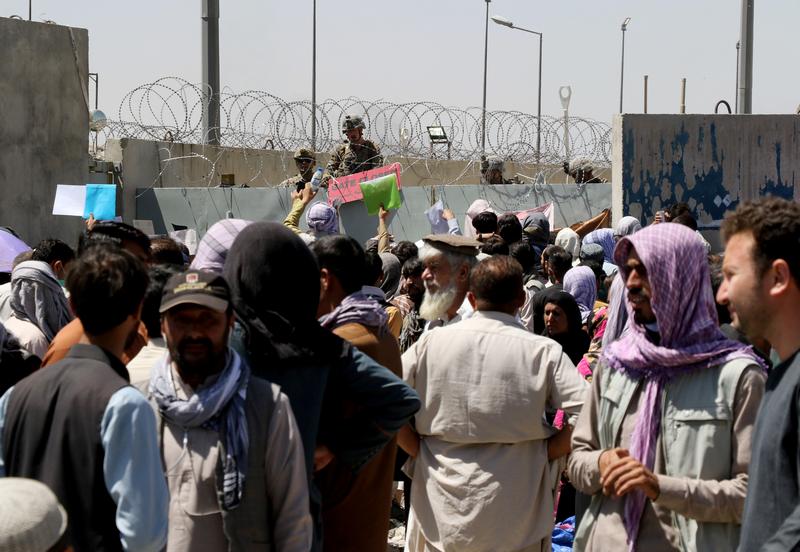 Pentagon spokesperson John Kirby said on Twitter: “We can confirm that the explosion at the Abbey Gate was the result of a complex attack that resulted in a number of U.S. and civilian casualties. We can also confirm at least one other explosion at or near the Baron Hotel, a short distance from Abbey Gate.”

Taliban official Suhail Shaheen said there were two explosions in a crowded area managed by U.S. forces. “We strongly condemn this gruesome incident and will take every step to bring the culprits to justice.”

The Taliban did not identify the attackers, but a spokesman described it as the work of “evil circles” who would be suppressed once the foreign troops leave.

Washington and its allies had been urging civilians to stay away from the airport on Thursday, citing the threat of an Islamic State suicide attack.

In the past 12 days, Western countries have evacuated nearly 100,000 people, mostly Afghans who helped them. But they say many thousands more will be left behind following President Joe Biden’s order to pull out all troops by Aug 31.

The last few days of the airlift will mostly be used to withdraw the remaining troops. Canada and some European countries have already announced the end of their airlifts, while publicly lamenting Biden’s abrupt pullout.

“The doors at the airport are now closed and it is no longer possible to get people in,” Norwegian Foreign Minister Ine Eriksen Soereide said on Thursday.

“We wish we could have stayed longer and rescued everyone,” the acting chief of Canada’s defence staff, General Wayne Eyre, told reporters.

Biden ordered all troops out of Afghanistan by the end of the month to comply with a withdrawal agreement with the Taliban negotiated by his predecessor Donald Trump. He spurned calls this week from European allies for more time.

The abrupt collapse of the Western-backed government in Afghanistan caught U.S. officials by surprise and risks reversing gains, especially in the rights of women and girls, millions of whom have been going to school and work, once forbidden under the Taliban.

Biden has defended the decision to leave, saying U.S. forces could not stay indefinitely. But his critics say the U.S. force, which once numbered more than 100,000, had been reduced in recent years to just a few thousand troops, no longer involved in fighting on the ground and mainly confined to an air base. It was a fraction of the size of U.S. military contingents that have stayed in places such as Korea for decades.

The U.S. troops killed on Thursday were the first to die in action in Afghanistan in 18 months.

Violence from Islamic State creates a headache for the Taliban who have promised that their victory will bring peace to Afghanistan at last. Fighters claiming allegiance to Islamic State began appearing in eastern Afghanistan at the end of 2014 and have established a reputation for extreme brutality.

Since the day before the Taliban swept into Kabul, the United States and its allies have mounted one of the biggest air evacuations in history, bringing out about 95,700 people, including 13,400 on Wednesday, the White House said on Thursday.

The Taliban have encouraged Afghans to stay, while saying those with permission to leave will still be allowed to do so once foreign troops leave and commercial flights resume.

The Taliban’s 1996-2001 rule was marked by public executions and the curtailment of basic freedoms. The group was overthrown two decades ago by U.S.-led forces for hosting the al Qaeda militants who masterminded the Sept. 11, 2001 attacks on the United States.

The Taliban have said they will respect human rights in line with Islamic law and will not allow terrorists to operate from the country.