The former president of Catalonia, Carles Puigdemont, has been arrested in Italy. The leader of the Catalan independence movement is in prison in Sassari (Sardinia). Judges will decide whether or not to extradite him 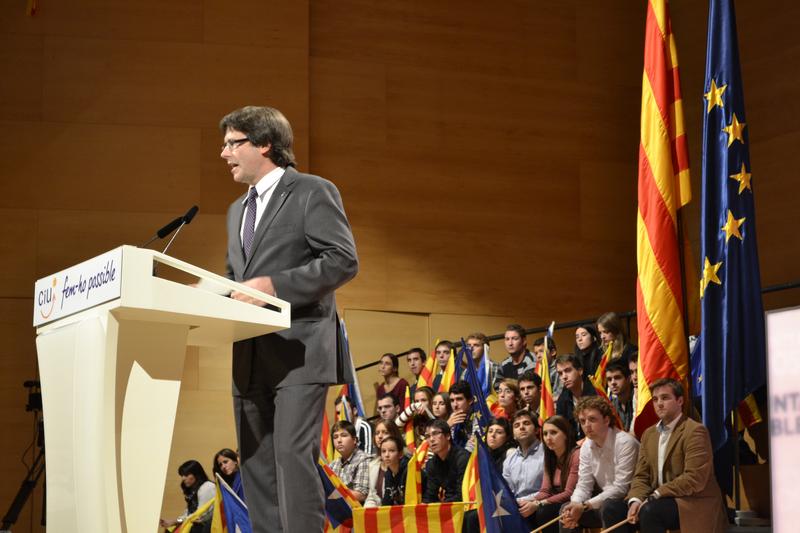 “The hearing to validate the arrest could be set late today or tomorrow morning, depending on when the documents that the judges and I should consult arrive,” said Agostinangelo Marras, the lawyer who is assisting former Catalan president and now MEP Carles Puigdemont before the Court of Appeal. Meanwhile in Barcelona hundreds of people have already gathered in front of the Italian consulate. The former president of Catalonia, Carles Puigdemont, was arrested by the police on his arrival at Alghero airport on the basis of a European arrest warrant issued by the Spanish authorities for offences against public order and national security. The newspaper El País, citing legal sources, revealed that Puigdemont had been transferred to prison in Sassari. In view of the hearing, soon, the judge will have to decide ‘whether to release him or order his extradition’ to Spain, the former Catalan president’s entourage wrote in a note. Puidgemont’s lawyer, Gonzalo Boy, also confirmed the news. And now the arrest in Sardinia of the former president of the Catalan Generalitat opens yet another chapter in the judicial war between the Catalan independence movement and the Spanish judiciary – a conflict that in the final analysis it will be up to Europe to resolve. The actual validity of the arrest and possible extradition – on which the magistrates of the Court of Sassari will have to decide – depends in fact on the interpretation of the European Court’s ruling on the revocation of the European parliamentary immunity enjoyed by Puigdemont and other independentist deputies. Following the arrest, Spanish diplomacy took action by sending Spain’s honorary consul for the provinces of Sassari, Nuoro, Oristano and Alghero lawyer Fabio Bruno, with the aim of verifying that the leader of Catalan independence is guaranteed respect for international rules. In Alghero, the only Italian city with Catalan culture and language, the independence leader was due to attend a meeting with the Sardinian autonomist movement and meet the President of the Region, Christian Solinas, and the President of the Regional Council, Michele Pais.

“The serious act carried out by the Italian police and judiciary in Sardinian territory,’ says the leader of Sardigna Natzione, Bustianu Cumpostu, one of the promoters. ‘How dare the Italian gendarmerie besmirch our land by arresting one of our guests, a welcome and important one, even though they know how sacred and untouchable the guest is in our culture. Puigdemont knows that we will not leave him alone, we will be at his side. “The arrest of Carles Puigdemont is a very serious matter and the fact that it took place in Alghero is even more painful,” said the mayor of Alghero Mario Conoci following his arrest after landing in Sardinia to take part in an international event dedicated to Catalan folk, for which thousands of arrivals are expected in Alghero, the only Italian city with Catalan language and culture. “‘The event will go ahead with an even more vindictive spirit. In light of this absolutely political act,” says Conoci, according to whom “as we said at the time, when the arrests were triggered in 2017, the process of self-determination of a people cannot be repressed by force and managed by judicial means”.

“Today is not a good day. The arrest of Carles Puigdemont in Alghero sounds almost like a bad joke, the European Parliament must intervene immediately, the right of a people to choose must be protected.” This was written on Twitter by Union Valdôtaine senator Albert Lanièce, deputy group leader of Per le Autonomie in Palazzo Madama (Italian Senate). On 30 October 2017, Puigdemont had expatriated to Brussels to evade arrest after Madrid prosecutors accused the entire Catalan executive of rebellion following the October 1, 2017 referendum on Barcelona’s independence. The former president had refused to return home to testify and the Spanish authorities had issued a European arrest warrant against him, which the Supreme Court withdrew a month later, thus allowing Puigdemont to travel to internationalise his case, but without authorising his return to Spain. In March 2018, the Spanish authorities issued a new European arrest warrant against Puigdemont, who was stopped in Germany while trying to return to Belgium from Finland. Berlin released him, but banned him from leaving the country. In July, a local court in Germany refused to extradite the former leader on charges of rebellion and withdrew the measures against him. Puigdemont returns to Belgium. He was elected as an MEP on 26 May 2019 but could not travel to Madrid to receive his official investiture on pain of arrest. In fact, Spain does not consider the Catalan leader to be an MEP, so it does not recognise his immunity, which was instead granted to him by the Strasbourg assembly on 2 June 2020. In March 2021, the European Parliament voted in favour of waiving Puigdemont’s immunity and on 30 July 2021, the General Court of the European Union rejected the request to suspend the waiver of parliamentary immunity from the former president of Catalonia and his former ministers Toni Comín and Clara Ponsatí. “There is no reason to believe that the Belgian judicial authorities or the authorities of another Member State can execute the European arrest warrants issued against the MEPs and hand them over to the Spanish authorities,” the EU Court ruled. Now the arrest in Sardinia. According to Boye, his client was handcuffed on the basis of an arrest order that was in fact “suspended”.