YAOUNDE (Reuters) – At least eight people died and 38 were injured in a stampede when fans stormed a stadium hosting an Africa Cup of Nations soccer match in Cameroon’s capital on Monday, the government said.

Images shared on social media, which Reuters could not immediately authenticate, showed a panicked crowd trying to squeeze through a narrow entrance gate at the newly built Olembe stadium in Yaounde that was hosting a round of 16 game between Cameroon and Comoros.

One video showed dozens of fans scrambling over the stadium fence as a police officer walked by.

The stampede comes as a heavy blow for the tournament, which had grown in excitement on the pitch in recent days thanks to some match upsets but which was under scrutiny for a lack of readiness beforehand.

Work on the 60,000-seat Olembe Stadium continued right up to the start of Africa’s top soccer tournament, prompting the Confederation of African Football (CAF), the continent’s soccer governing body, to hold an emergency meeting to discuss cancelling the competition altogether. [KBN2JZ0TJ]

“CAF is currently investigating the situation and trying to get more details on what transpired. We are in constant communication with Cameroon government and the Local Organising Committee,” it said in a statement.

THE SHOCK, THE WEIGHT

High school teacher Vanessa Tchouanzi had come to see the match on Monday night with her friend, Veronique, who was also a teacher. Tchouanzi was barely able to get her words out as she recounted her experience over the phone to Reuters.

At the entrance to the stadium, crowds were still milling about just moments before the start of the game. Some were waiting to take COVID-19 tests.

As Tchouanzi tried to enter the stadium, ticket collectors became overwhelmed by a rush of people trying to get into the ground before kick-off.

“They shoved the gate and people started coming in in droves. The police were there, but the mass of people was stronger,” Tchouanzi said.

Tchouanzi and Veronique were knocked to the ground. Squeezed by the rush, Tchouanzi lost consciousness before someone pulled her up and away from the crowd.

A few minutes later, Tchouanzi found Veronique on the ground, unresponsive with a weak pulse. She was rushed to hospital but died soon after.

“She couldn’t take the shock, the weight of all those people,” Tchouanzi said through a flood of tears.

The government did not give any information on the cause of the crush or whether fans were allowed into the stadium without tickets. It is not clear why the match went ahead after the disaster.

Following a low turnout in the first round games at brand new stadiums, Cameroon authorities have thrown open stadium gates, organised mass transport and given out free tickets to lure fans.

Cameroon beat 10-man Comoros Islands 2-1 to advance to the quarter-finals. 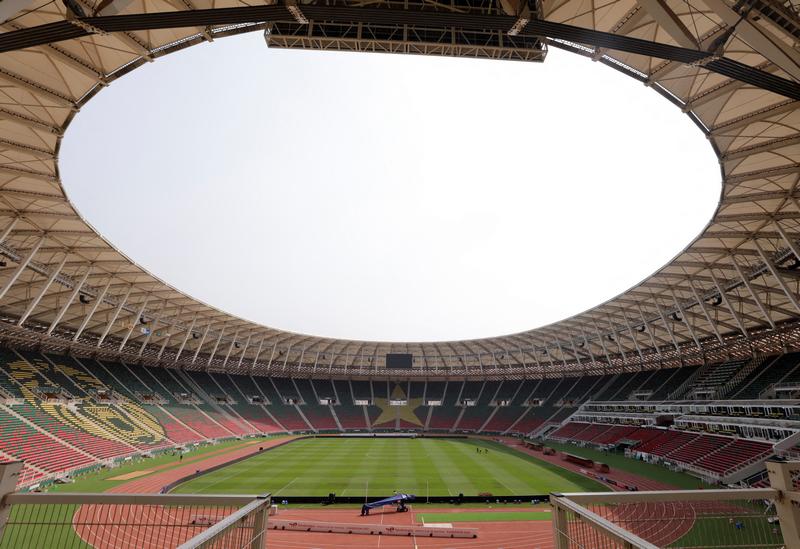 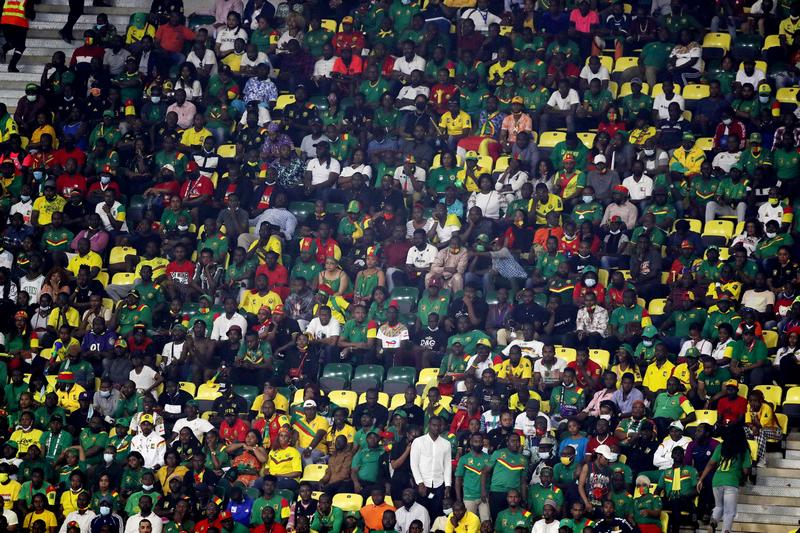