KYIV/LVIV, Ukraine (Reuters) – Russian forces in Ukraine are blasting cities and killing civilians but no longer making progress on the ground, Western countries said on Thursday, as a war Moscow was thought to have hoped to win within days entered its fourth week.

Ukraine said Russian forces had destroyed a theatre where women and children had been sheltering in the besieged southern port of Mariupol. An official in the Mariupol mayor’s office said a bomb shelter at the theatre had “withstood” and there were survivors, but details of casualties were still not known.

Russia denied striking the theatre, which commercial satellite pictures showed had the word “children” marked out on the ground in front before it was blown up.

Viacheslav Chaus, governor of Chernihiv, a northern city that has been intensely bombarded, said 53 civilians had been killed there in the past 24 hours. The toll could not be independently verified.

Although both sides have pointed to limited progress in peace talks this week, President Vladimir Putin, who ordered Russia’s invasion on Feb. 24, showed little sign of relenting.

In a vituperative televised speech, he inveighed against “traitors and scum” at home who helped the West, and said the Russian people would spit them out like gnats.

Kyiv and its Western allies believe Russia launched the unprovoked war to subjugate a neighbour that Putin calls an artificial state carved out of Russia. Moscow says it is carrying out a “special operation” to disarm it and “denazify”.

Heavily outnumbered Ukrainian forces have prevented Moscow from capturing any of Ukraine’s biggest cities so far despite the largest assault on a European state since World War Two. More than 3 million Ukrainians have fled and thousands of civilians and combatants have died.

‘STALLED ON ALL FRONTS’

Russia has assaulted Ukraine from four directions, sending two massive columns towards Kyiv from the northwest and northeast, pushing in from the east near the second biggest city Kharkiv, and spreading in from the south near Crimea.

But British military intelligence said in an update on Thursday that the invasion had “largely stalled on all fronts”, and Russian forces were suffering heavy losses from a staunch and well-coordinated Ukrainian resistance.

Northeastern and northwestern suburbs of Kyiv have been reduced to rubble by heavy fighting, but the capital itself has held firm, under a curfew and subjected to deadly nightly rocket attacks.

At least one person was killed and three were wounded when a residential building was struck by a downed Russian missile, emergency services said on Thursday.

Amid the unrelenting fighting, both sides have spoken of progress at talks. Ukrainian officials have said they think Russia is running out of troops to keep fighting and could soon come to terms with its failure to topple the Ukrainian government. Moscow has said it is close to agreeing a formula that would keep Ukraine neutral, long one of its demands. 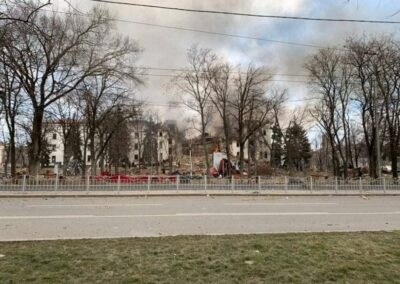 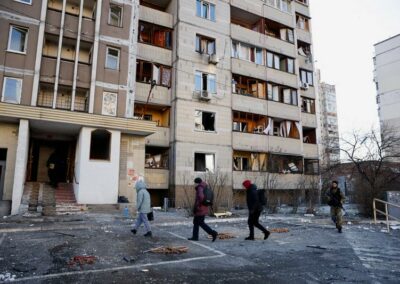 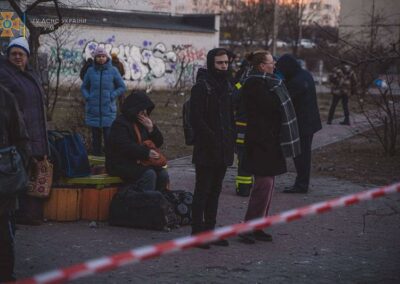 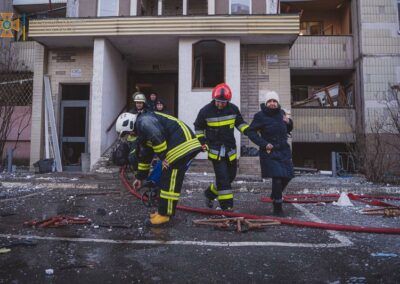 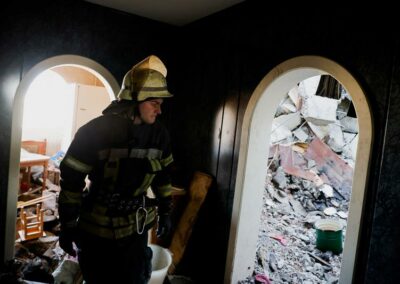 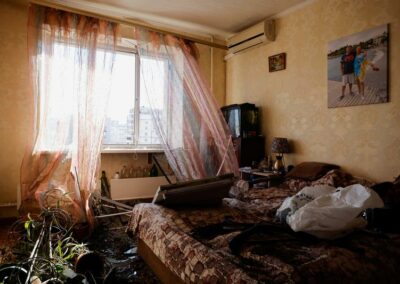 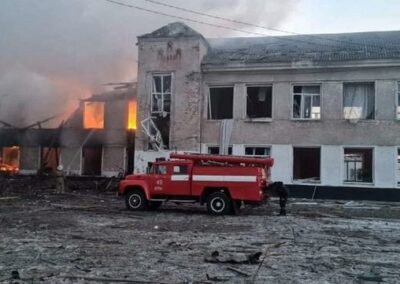 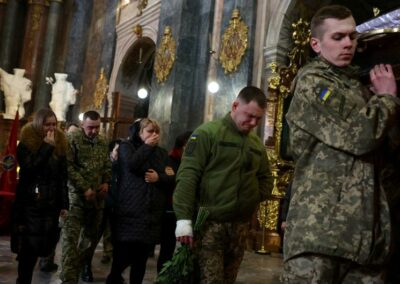 Memorial and funeral service for fallen soldier amid ongoing Russian invasion, in Lviv 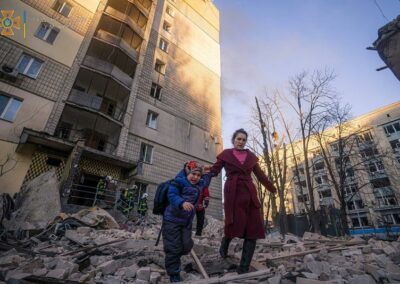