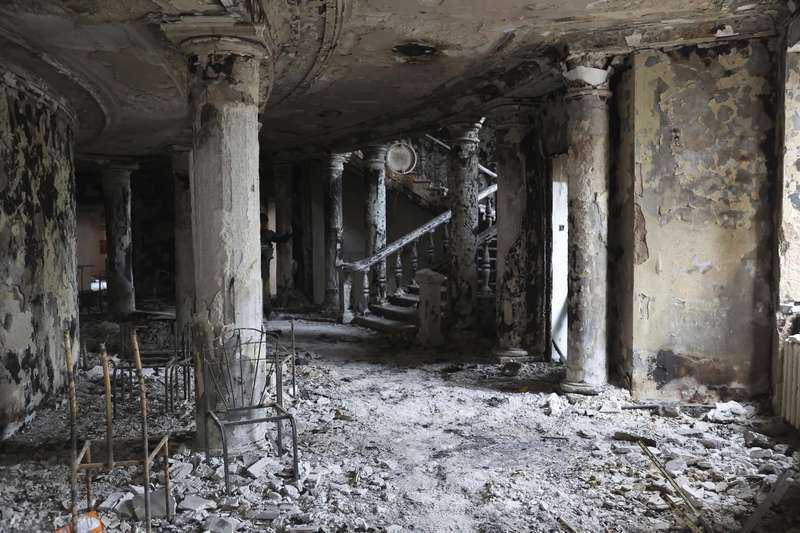 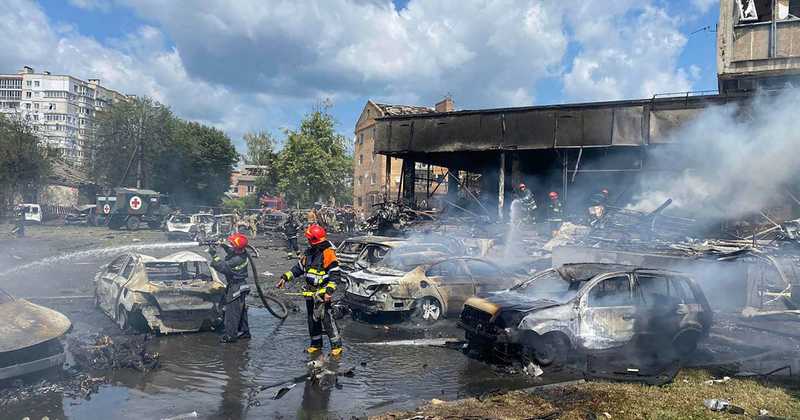 Russian missiles have struck the city of Vinnytsia, killing at least 23 persons, including three children. The Russian missiles hit an office block and destroyed residential buildings. Ukraine’s Foreign Minister said a toddler was among the kids that died in the attack.

“Already 20 civilians have been confirmed dead following a Russian missile strike on Vinnytsia. Three children, including a toddler in the photo,” Dmytro Kuleba tweeted.

“This is terrorism. Deliberate murder of civilians to spread fear. Russia is a terrorist state and must be legally recognized as such,” he added.

Addressing a war crime conference in the Netherlands, President Zelensky called the incident an act of Russian terror. He said humans couldn’t commit such an act, describing the Russian forces as animals. He said the Russian missiles destroyed a medical center and a house.

“Cruise missiles hit two community buildings; houses were destroyed, a medical center was destroyed, and the cars and trams were on fire. This is an act of Russian terror. People couldn’t do this, they are animals,” Zelensky said. “Eight rockets, two of them targeted the city center. Twenty people died as of this moment, three children among them.”

Ukrainian authorities have said the missiles were fired from submarines stationed in the black sea.

Russian Ministry of Defence, on Friday, acknowledged the strike saying it was meant to disrupt a meeting of the Ukrainian Air Force.

In a Telegram post the Ministry of Defence said: “On July 14, Kalibr high-precision sea-based missiles hit the Garrison House of Officers in Vinnytsia.”

“A meeting of the Ukrainian Air Force command was being held at the facility with representatives of foreign arms suppliers discussing sending another batch of aircraft and destruction means, as well as organizing the repair of Ukrainian aircraft. The attack resulted in the elimination of the meeting participants,” the post added.

“13 people were injured in Mykolaiv Oblast over the past day. There are no children among the victims. All the injured have been taken to our medical facilities and are receiving the necessary help,” Hanna said.

“In general, as of this morning, there are 326 citizens in Mykolaiv hospitals who were injured by the attacks of the occupiers on Mykolaiv Oblast. Another 49 victims were treated on an outpatient basis,” he added.

The Russian missiles that struck Mykolaiv hit two of the biggest Universities in the city.  Authorities have said the Schools got destroyed beyond repair.

“Today Russia-Terrorist attacked two biggest Universities in Mykolayiv,” Vitaliy Kim said on Twitter. “Now they attack our education. I’m asking Universities of all democratic countries to claim Russia what it really is- the Terrorist.”

In a press briefing held by Vitaliy, he said it was “impossible to restore the [University’s] premises before the beginning of the academic year.”

THE EU AND THE UN REACTS

Antonio Guterres, the Secretary-General of the United Nations has condemned the attack, stressing the need for accountability for such acts.

“The Secretary-General condemns any attacks against civilians or civilian infrastructure and reiterates his call for accountability for such violations,” Antonio Guterres said in a statement released by his spokesperson.

In another statement by the European Union, the bloc said Russia would be held accountable for its fundamental disregard for international humanitarian law.

“We have both witnessed the horrific destruction Russia brought on Ukraine and its people with our own eyes. The civilian population continues to pay a high toll in this war, due to Russia’s fundamental disregard of international humanitarian law, facing death, violence, including sexual violence, forced deportations and destruction,” the statement read.