Anthony Albanese has been sworn in as the new Prime Minister of Australia. The 59-year-old leader of the labour party was sworn in on Monday, ending the nine-year rule of the Liberal party.

Although the counting of votes is still ongoing in Australia, the new Prime Minister was sworn in early to facilitate his trip to Japan for the QUAD summit, where he will be meeting with the leaders of the United States, India, and Japan. He was sworn in by David Hurley, the Governor-General of Australia at the government house in Canberra.

At the moment, it is still unclear if the Labor Party will form a majority government because the party is still four seats short of the majority after over 70% of votes have been counted. Albanese has confirmed that he is working with some independents to form a minority government, but he hopes his party gets the majority in the end.

Also sworn in alongside Albanese were Richard Marles (minister for Employment), Penny Wong (Foreign Minister), Jim Chalmers (Treasurer), and Katy Gallagher (Finance Minister). Other members of Parliament will be sworn in on June 1.

After they were sworn in, Prime Minister Albanese and Foreign Minister Wong immediately departed for Japan to attend the QUAD Summit. 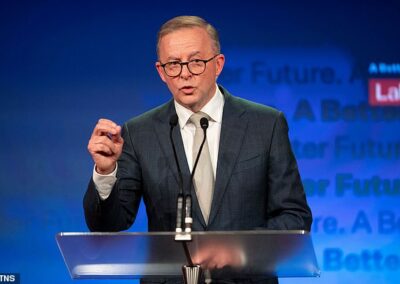 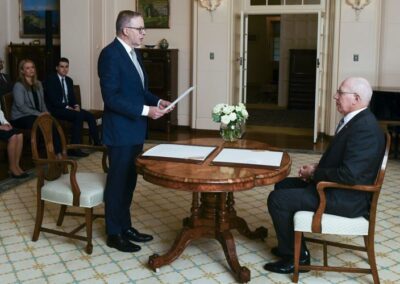