Before President Biden visited South Korea, there were speculations that neighboring North Korea was planning to test ballistic missiles during the visit to provoke the United States. The prediction was almost right, except that the missile testing will be a goodbye message and not a welcome note.

North Korea launched what is suspected to be an intercontinental ballistic missile and two shorter-range weapons on Wednesday when President Biden was still on his way to the United States, after his 5-day visit to the Asian continent. Recall that President Biden visited troops monitoring nuclear threats from North Korea during his visit to South Korea. During the visit, Joe Biden said he was ready for any threats from Pyongyang. The U.S. President also promised more U.S. military presence in the Peninsula. Read more

The United States and South Korean military did not hold back this time. Both militaries held combined live-fire drills that included some missile tests. Both militaries released a combined statement that partly read; “Our military’s show of force was intended to highlight our resolve to firmly respond to any North Korean provocations, including an ICBM launch, and our overwhelming capability and readiness to conduct a surgical strike on the origin of the provocation.” This drill was possibly an outcome of Biden’s visit to the region.

In 2022 alone, North Korea has already fired almost 20 ballistic missiles. The latest missile tests are coming as the country is battling the deadly Covid-19 pandemic. The United States and South Korea have offered to supply the country with Covid vaccines. North Korea is yet to respond to the offer. There is no better way to decline the offer than firing missiles into the sea.

While reacting to the development, the defense minister of Japan said North Korea was prioritizing its weapon development over the lives of its people. Nobuo Kishi said the government was “ignoring the people’s suffering amid the spread of the coronavirus in the country.” North Korea might be finding it difficult to fight the deadly virus, but Kim Jong-un will rather let his people die than accept help from his foes.

North Korea was not the only country that dared President Biden. During the final hours of the QUAD summit held in Japan, Russian and Chinese warplanes flew near the Japanese and South Korean air defense regions.

Threats like this from Pyongyang have deepened the relationships between the United States and South Korea. On the other hand, visits like the one made by President Biden are strengthening the relationships between other countries that see the United States as a threat. These include the likes of China and Russia. America might be helping its rivals to become more united.

Seoul has predicted North Korea will have more weapons to test shortly. There are no indications that diplomacy will resolve the unending threats, and military escalations might worsen matters. The North Korean government has not made any statement, and it is unlikely that Kim Jong-un will say anything. Maybe we will hear from him again when he tests the next weapon. 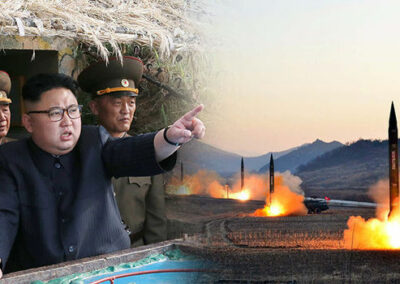 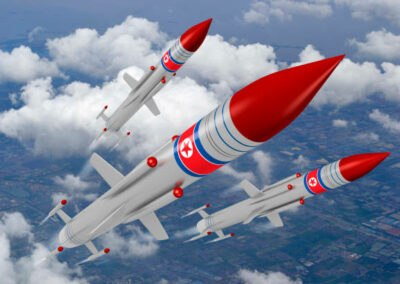