A train in Germany has derailed off track, killing four persons and injuring about 30 others. The incident happened on Friday near the town of Garmisch-Partenkirchen, located in the German State of Bavaria.

”The number of fatally injured in the train accident, unfortunately, increases to four people,” the Bavaria State Police said on Twitter on Friday afternoon.

The train was carrying about 60 passengers, of which the majorities were students. The train was fully loaded with passengers because students were traveling as it was the last day of school and the beginning of school holidays to celebrate Pentecost. The train was headed for Munich from Garmisch-Partenkirchen when the accident occurred.

A U.S. soldier who was an eyewitness said the accident was “just awful… suddenly the train overturned.”

The identities of those that died are still unknown at the moment. However, preliminary investigations show that students were among those that sustained injuries. Stefan Sonntag, a spokesperson of the German Federal Police, told reporters that about 15 of those that got injuries are in critical conditions.

Rescue teams used ladders to enter the train through the windows to bring out survivors. Six helicopters were also on the ground to rush survivors to the hospital.

At the moment, the cause of the accident is still unknown. However, the transport minister of Bavaria, Christian Bernreiter, said it was possibly a technical fault either on the rail or on the train.

He said, “There were no third parties involved here, so one must assume that some technical reason, either on the vehicle or on the rail, was the cause.” Authorities are currently investigating what caused the incident.

While reacting to the accident, German Chancellor Olaf Scholz said he was shocked. “Our sympathy is with the relatives, with the injured, to whom we wish a speedy recovery,” the Chancellor told local televisions.

The premier of Bavaria also expressed his condolences on Twitter. “We mourn with the families of the victims and wish all those injured a speedy recovery.” Markus Söder said on Twitter.

The police confirmed that there was no passenger left on the train, but they said it might take a few days before the roads become clear again. Those injured are currently in the hospitals receiving treatments. 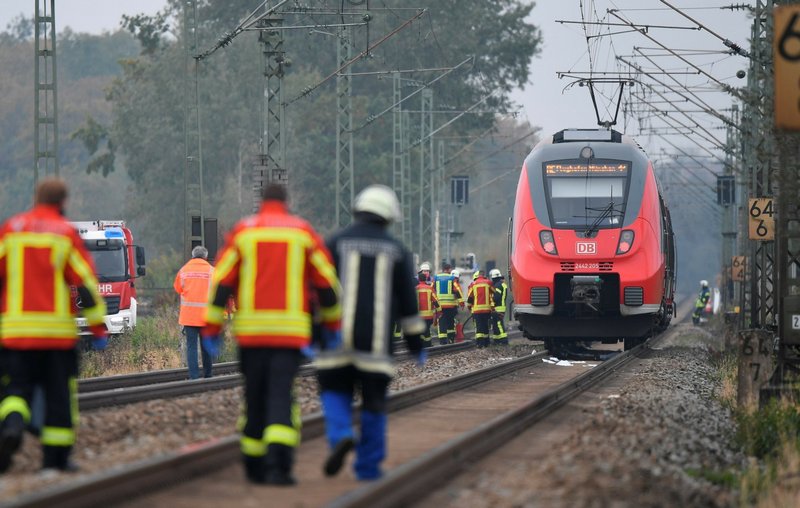