Driver kills 2, injures 14 in a car crash in Berlin

It was a sad Wednesday afternoon in the German Capital of Berlin after a car crashed into a crowd, killing one person and causing injuries to dozens. The one person that died was a teacher, while 14 of her students sustained various degrees of harm, with at least 6 in critical conditions.

Iris Spranger, a top security official in Berlin, said the woman died while on a trip to Hesse alongside a group of students. The car had hit them while they were on the sidewalk. Apart from the 14 students, three other people also sustained injuries.

The driver was a 29-year-old German-Armenian citizen. The reason for the accident is yet to be determined. However, there are speculations that the driver deliberately rammed into the crowd after placards were mistaken for a confession note.

There are also speculations that the accident was politically motivated. The police have also denied that.

“I am told there are posters in the car, but there are no actual letters of confession. But one needs to be very careful with such statements,” Spranger Iris told newsmen.

While reacting to the accident, the Mayor of Berlin expressed his sadness and promised that the Police will conduct a thorough investigation.

“I am deeply affected by this incident. We know that there is one dead and several seriously injured. The police are working flat out to clarify the matter,” Franziska Giffey said on Twitter.

Berlin Police President Barbara Slowik confirmed that the driver was detained at the scene until the police came to arrest him. He has been arrested and is currently receiving treatment for the injuries sustained during the accident.

The police are currently investigating the incident, and they are interestingly looking at all the options.

“We currently do not have conclusive evidence for a politically motivated act,” the Police chief said on Wednesday. He added that there is a possibility that the man was a “mentally impaired man.”

The police have asked eyewitnesses to send photos and videos taken at the scene to facilitate the investigation process.

CNN reported that “the incident happened close to the same spot where a Tunisian national with Islamist terrorist links, rammed a tractor-trailer truck into a crowded Christmas market, killing 12 people and injuring 48. Amri was later killed by police in Italy. 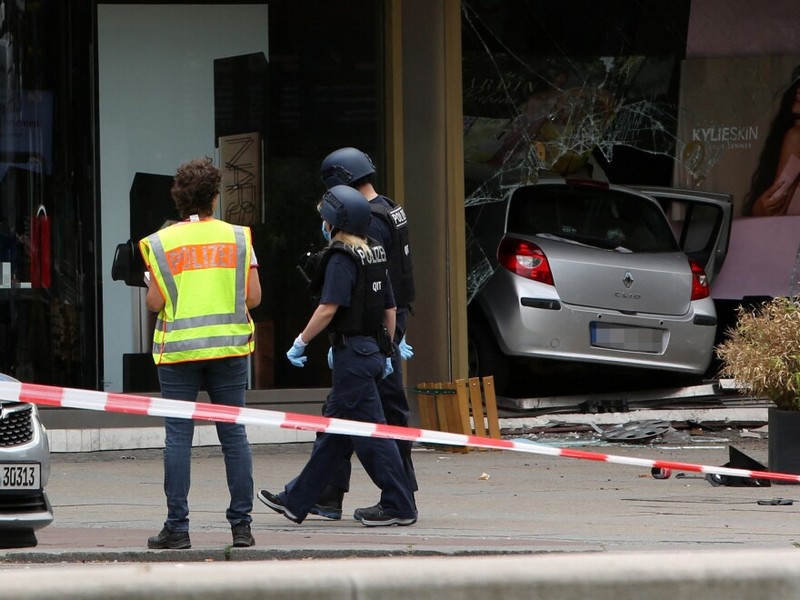