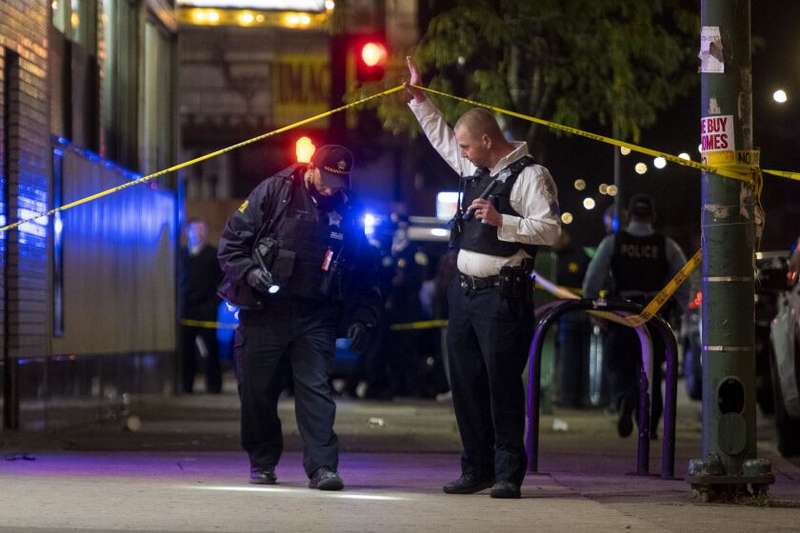 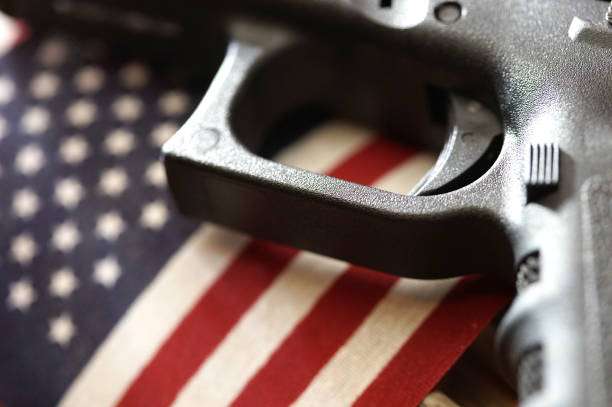 July 4th has always been significant in the United States as America celebrates its independence on that day. However, July 4th, 2022, will go down in history as the unpleasant Independence Day when people celebrating their freedom died during the celebration.

At least six people died, and dozens were injured in Chicago as a man opened fire on spectators during the July 4th parade in Highland Park, Illinois.

According to the Police, the suspect started shooting from the rooftop, using a “high-powered rifle.” According to Jennifer Banek, the Lake County coroner, five people died on the spot, while one later died in the hospital. The shooting started about 20 minutes into the parade.

Deputy Police Chief Christopher Covelli told Newsmen on Monday that the suspect fired “more than 70 rounds” from his rifle into the crowd.

The eyewitnesses thought the gunshots were fireworks, which were part of the July 4th parade, only to realize that some spectators were already bleeding. The suspect was later identified as 22-year-old Robert E. Crimo III.

An eyewitness, Rainan Lowrey, 19, told CNN that he had never seen anything like it in his entire life.

“I saw everyone look confused and then running in terror…I’m a photographer and videographer, so my instinct was to record,” he said. “I’ve never experienced anything like this. You don’t expect something like this to happen.” The video he recorded showed the crowd screaming and running for safety.

Another eyewitness, Debbie Glickman, 54, also described the incident as the most terrifying thing that has happened to her.

“It just was absolute mass chaos. It was absolutely the most terrifying thing that’s ever happened to me,” Glickman told CNN.

Zoe Pawelczak, who was at the scene of the shooting, said a man hid his kids inside a dumpster for safety.

“A man actually went at one point to find his son, and he asked me to watch his kids, so we were all hiding behind a dumpster together and the kids,” she said.  “They ended up hiding in a dumpster there. The dad ended up putting his children in the dumpster to hide and stay safe. And it was probably 30 of us just hiding in this little corner behind the dumpster.”

Reacting to the incident, the governor of Illinois, J.B Pritzker, described the incident as traumatizing. “This morning, a gunman opened fire on a July 4th parade in Highland Park, taking six innocent lives, leaving at least 24 people in the hospital, traumatizing countless children and families, and shattering the peace of this community,” the governor said at a news conference after the incident.

He said he had no words to describe the evil act during the Independence celebration and said the families of victims have the right to be angry.

“There are no words for the kind of evil that shows up at a public celebration of freedom, hides on the roof, and shoots innocent people with an assault rifle. There are no words I can offer to lessen the pain of those families who can no longer associate the 4th of July with celebration but instead with grief,” he added.  “If you are angry today, I am here to tell you; be angry,” Pritzker said.

The governor also expressed his displeasure over the continued gun violence in the country. He also promised to support residents during the period of recovery.

President Biden said he was shocked by the incident, and described it as senseless gun violence.

“Jill and I are shocked by the senseless gun violence that has yet again brought grief to an American community on this Independence Day,” the President said on Monday.

He vowed never to give up in his fight for gun control in the United States.

“But there is much more work to do, and I’m not going to give up fighting the epidemic of gun violence,” Biden added.

ARREST OF THE SUSPECT

Immediately after the shooting, the Police announced the identity of the suspect. He was Robert E. Crimo III. The Police described him as a male-white, between the ages of 18 and 22.  After a brief chase by the Police, he was arrested and taken into custody at about 6:30 pm local time. He was handed over to the Highland Park Police Department.

“…if you can have a weekly mass shooting with a legally purchased gun, then I think we need to talk about why those laws aren’t protecting the very people that they’re supposed to be protecting,” Rotering said.  “Let’s be honest. We need to make it more difficult for people to create carnage.”

The Mayor of the City also said she had known the suspect, 22-year-old Robert E. Crimo III, since he was a boy, saying it was heartbreaking to see him commit the act.

“Many years ago, he was just a little boy, a quiet little boy that I knew. “It breaks my heart. It absolutely breaks my heart,” she said. “I see this picture, and through the tattoos, I see the little boy. It’s heartbreaking. I don’t know, I don’t know what got him to this point, but let’s ask that question of so many people.”

Deputy Chief Christopher Covelli of the Lake County Sheriff’s Office said the suspect is believed to have planned the attack for several weeks.

“… we believe Crimo pre-planned this attack for several weeks,” he said.

He added that there was no proof that Crimo was working with someone else. The attack was his initiative.

FLAGS TO FLY AT HALF-MAST

On Monday, President Joe Biden ordered the country’s flags should be at half-mast until Saturday.

“I hereby order that the flag of the United States shall be flown at half-staff at the White House and upon all public buildings and grounds, at all military posts and naval stations, and on all naval vessels of the Federal Government in the District of Columbia and throughout the United States and its Territories and possessions until sunset, July 9, 2022,” President Biden said in a statement.

Some of the survivors have left the hospital, and others with severe injuries are still receiving treatment. The health officials have compared the wounds sustained to wartime injuries.

Although the identity of the victims has not been revealed, relatives have identified 78 years old Nicolas Toledo as one of those that died in the shooting. He was a father of eight and a grandfather to many.

In 2022 alone, the U.S has experienced over 300 mass shootings. That is an average of more than one shooting in a day.