China fortifying ties with Russia amid the war in Ukraine

The war in Ukraine has disassociated many countries from Russia. While the war has secluded Russia from other nations, it has united the country with China.

The relationship between the two countries was boosted on Wednesday when the leaders of both countries discussed key issues on the telephone.

China-controlled media reported that during the call, President Xi told his Russian counterpart about the need to settle Russia’s dispute with Ukraine.

“All parties should responsibly push for a proper settlement of the Ukraine crisis,” Xi reportedly told Putin.

Russia-controlled media also reported the call between the two leaders. According to the Russian media, President Putin “outlined his fundamental assessments of the situation in Ukraine” to President Xi.

The Russian media added that Putin “noted the legitimacy of the actions taken by Russia to protect the fundamental national interests in the face of challenges to its security created by external forces.”

China had refused to criticize Russia for invading Ukraine. Before the invasion, both governments signed a deal to always stand by each other. America is not satisfied with this tie between the two countries that see the US as a rival.

The United States has already released a statement to express its discomfort with the relationship between the two countries.

The United States Department spokesperson said, “China claims to be neutral, but its behavior makes clear that it is still investing in close ties to Russia.”

With Russia facing many sanctions, China has increased business dealings with the Kremlin and has helped Russia evade the sanctions imposed by the west.

According to CNBC, “Trade between China and Russia totaled $65.81 billion in the first five months of this year, up 28.9% from a year ago, according to China customs data. Most of the growth came from Chinese imports from Russia.”

“Trade over the first half of this year [between the two countries] has been [in the tens of billions of dollars], and we can expect new records in upcoming months, which is a testament to the great cooperation between our two nations,” President Xi said.

Earlier this week, the spokesperson of the Russian foreign ministry mocked the west for harming themselves with the sanctions designed to hurt Russia. She said China has managed to sustain its relationship with Russia because they know what they want.

“Energy supplies are steadily increasing: China knows what it wants and doesn’t shoot itself in the foot. While to the west of Moscow, they shoot themselves in the head,” Zakharova told journalists.

Despite criticism from the United States, China has managed to sustain its relationship with Russia. The Asian country has refused to condemn Russia’s invasion of Ukraine and has increased dealings with Russia despite the many sanctions. The war in Ukraine is no doubt the unifying factor. 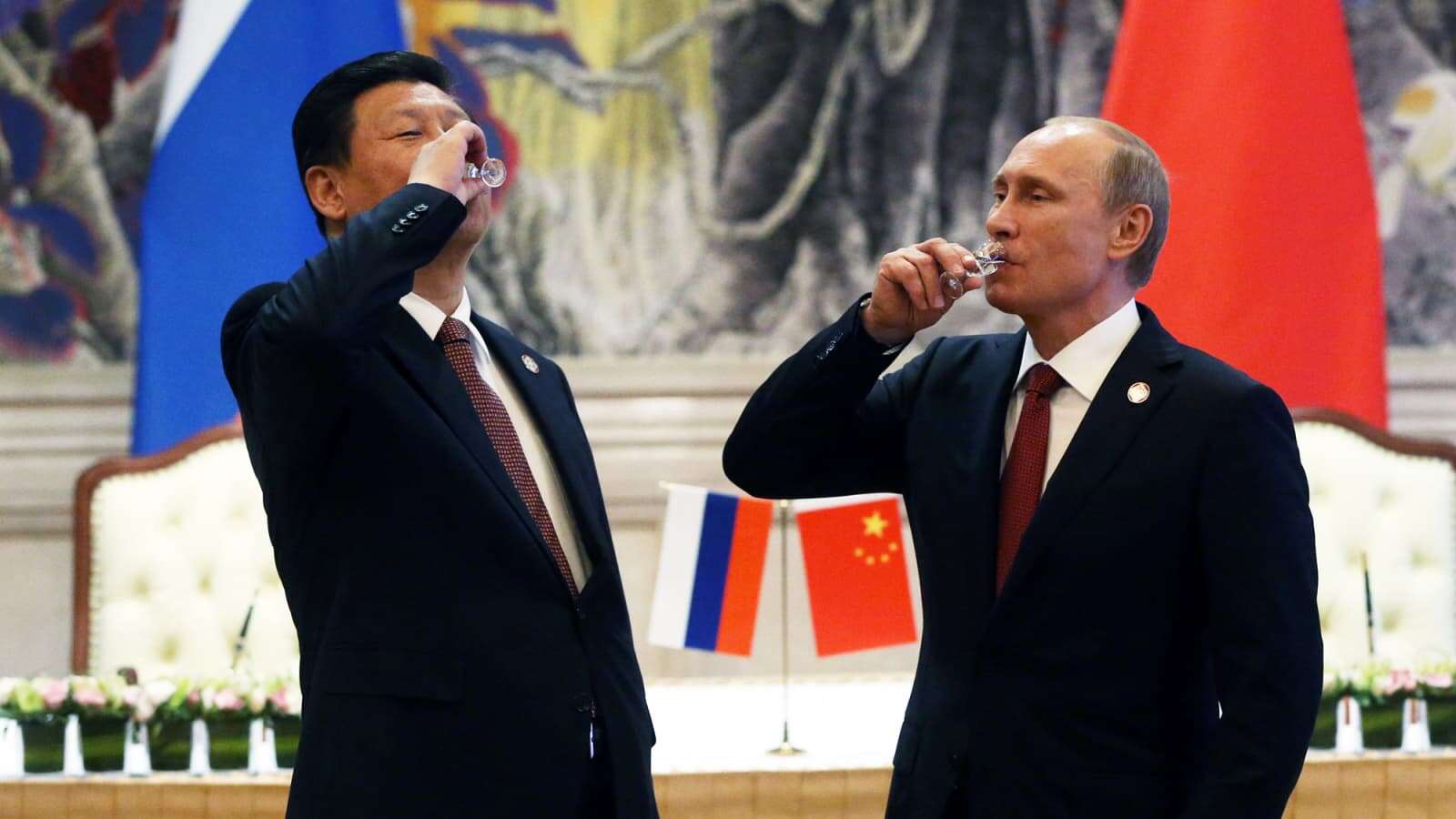