During the visit, the Prime Minister assured the government and people of Ukraine of the support of the U.K government.

“My visit today, in the depths of this war, is to send a clear and simple message to the Ukrainian people: the UK is with you, and we will be with you until you ultimately prevail,” Boris Johnson said.

“I have offered President Zelenskyy a major new military training program that could change the equation of this war – harnessing that most powerful of forces, the Ukrainian determination to win,” he said.

“Two months on from my last visit, the Ukrainian grit, determination, and resilience is stronger than ever, and I know that unbreakable resolve will long outlive the vain ambitions of President Putin,” he added.

This new training program could train about 10,000 soldiers every 120 days. The program would assist both new and existing soldiers. According to the proposal, a soldier could spend around three weeks on the course. Skills to be learned include cyber security, counter-explosive tactics, and basic medical training.

The Prime Minister that was supposed to speak to his MPs did not show up for the summit because of Ukraine’s visit. Some MPs only heard about the Prime Ministers’ trip on Friday morning. Some of them have expressed dissatisfaction, while others feel that the visit to Ukraine should be the priority of the Prime Minister.

While reacting to the negative comments on the Prime Minister’s visit to Ukraine, Defense Secretary Ben Wallace explained that the trip was not made public because of Russian missile strikes.

“Firstly these trips are organized in total secrecy. Very few, and I mean very few, people know the dates and arrangements.  Russia is still launching missile strikes right across Ukraine,” he tweeted.

“Visits are sometimes necessary in person because not everything can be discussed securely over phones etc. Russia has aggressive electronic warfare and signal intelligence operation,” he added.

“In many ways however taking the opportunity to visit a country and ally at war to ensure we are doing everything we can to help is also important.”

The Prime Minister shared the visit on Twitter and commended President Zelensky for hosting him in Kyiv. He also assured the wartime president of his continuous support.

“The UK will work tirelessly with our allies to bring enduring peace to the people of Ukraine,” he tweeted 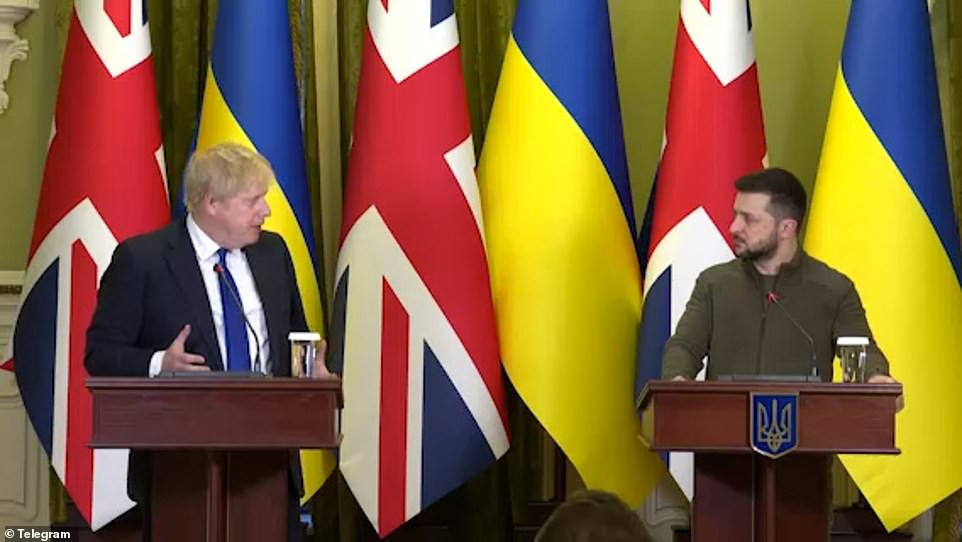