Boris Johnson bows to pressure, steps down as prime minister but not immediately 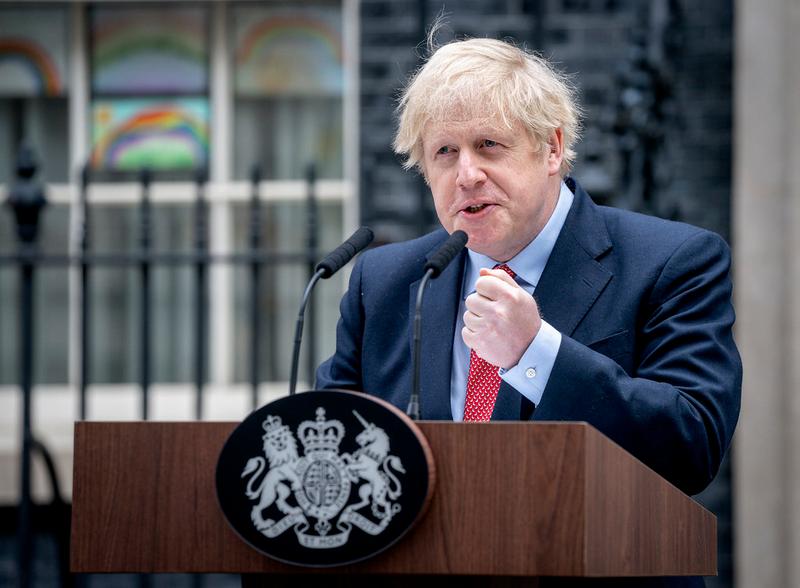 As of Wednesday evening, the entire world could see the exit of Prime Minister Johnson. The only person that could not see it was BoJo himself. The Prime Minister has now realized that he needs to quit and has announced his resignation.

The Prime Minister announced on Thursday afternoon that he would quit as the leader of the conservative party and as Prime Minister pending the selection of a new leader. He said the decision was necessary because it was the will of his party.

‘It is clearly now the will of the parliamentary Conservative Party that there should be a new leader of that party and therefore a new prime minister,” Boris Johnson told the British people on Thursday. “I’ve agreed with Sir Graham Brady, the chairman of our backbench MPs, that the process of choosing that new leader should begin now, and the timetable will be announced next week.”

The outgoing Prime Minister also recounted his achievements during his over two years as leader of the British people.

“I’m immensely proud of the achievements of this Government, from getting Brexit done to settling our relations with the continent for over half a century, reclaiming the power for this country to make its own laws in Parliament, getting us all through the pandemic, delivering the fastest vaccine rollout in Europe, the fastest exit from lockdown, and, in the last few months, leading the West in standing up to Putin’s aggression in Ukraine,” Boris Johnson said.

BoJo did not conclude without stating why he fought so hard to remain as Prime Minister despite the mutiny in his party in the last two days. He said he tried to convince his party men, but failed to win the argument, thus his resignation.

“In the last few days, I tried to persuade my colleagues that it would be eccentric to change governments,” he said. “I regret not to have been successful in those arguments and of course, it’s painful not to be able to see through so many ideas and projects myself.”

The Prime Minister thanked the British people for voting for the Conservative Party overwhelmingly in the 2019 general elections and added that he fought to remain as Prime Minister because he felt it was his way of fulfilling the will of the electorates.

‘I want to say to the millions of people who voted for us in 2019, many of them voting Conservative for the first time, thank you for that incredible mandate,” Johnson said at Downing Street.

“And the reason I have fought so hard in the last few days to continue to deliver that mandate in person was not just because I wanted to do so, but because I felt it was my job, my duty, my obligation to you to continue to do what we promised in 2019,” Mr. Johnson added.

Boris Johnson did not forget to send a message to Ukraine in his resignation speech. He promised that the UK would stand with Ukraine amidst the war with Russia no matter the circumstances.

“Let me say now to the people of Ukraine, that I know that we in the UK will continue to back your fight for freedom for as long as it takes,” the embattled Prime Minister said.

He concluded by thanking the British people for the privilege given him to have the “best job in the world.”

“Above all, I want to thank you, the British public, for the immense privilege that you have given me,” Bojo said as he finalized his speech. “Thank you all very much. Thank you.”

Reacting to Johnson’s resignation, Mykhailo Podolyak, adviser to President Zelensky of Ukraine thanked the Prime Minister for his support to Ukraine during the war.

‘Thanks, Boris Johnson for realizing the threat of Russian monster and always being at the forefront of supporting Ukraine,” Podolyak said on Twitter.

Despite Johnson’s resignation, Conservative rebels do not want him to stay a little longer as Prime Minister. However, there is relative calmness within the party as it is now clear that the Prime Minister has bowed to pressure.

The leader of the Labour Party, Keir Starmer, wants Johnson out immediately. He even threatened that his party could call for a no-confidence vote.

“Boris Johnson is unfit to govern and he needs to go now. He cannot cling on for months. If the Conservative party do not get rid of him, then Labour will act in the national interest and bring a vote of no confidence,” Keir tweeted.

Several Conservatives are battling for the top seat, and in the next few days, a new Prime Minister will be announced. The question now is how many more days, months or weeks will Johnson remain in office? The answer to that question will determine if there would be further chaos or not.