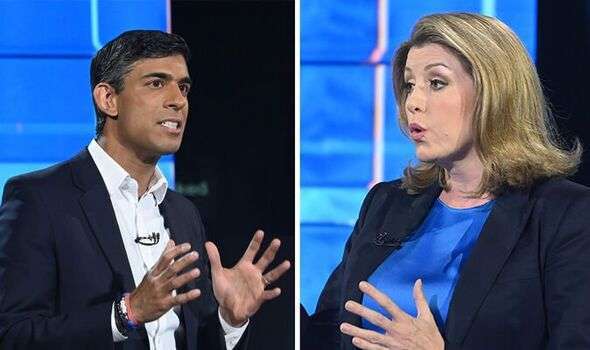 The United Kingdom could get a new Prime Minister as early as today (Monday) after Boris Johson pulled out of the race, making Rishi Sunak a clear favourite to take the keys to number 10 Downing streets.

The former prime minister and leader of the Conservative Party pulled out of the race on Sunday after hurriedly cutting short his holiday to join the contest. He said he was overwhelmed by the number of Conservative MPs and members of the public and added that it would be impossible to govern with a divided party.

Johnson said he got 102 nominations to beat the 100 threshold, but he insisted it was not the right time to return as Prime Minister.

“I can confirm that I have cleared the high hurdle of 102 nominations, including a proposer and a seconder, and I could put my nomination in tomorrow,” Johson said on Sunday. “There is a very good chance that I would be successful in the election with Conservative party members – and that I could indeed be back in Downing Street on Friday.”

The former prime minister said he reached out to the other two contenders, Rishi Sunak and Penny Mordaunt, with the hopes that “we could come together for national interest,” but the meeting was unsuccessful.

“Therefore I am afraid the best thing is that I do not allow my nomination to go forward and commit my support to whoever succeeds,” Johnson stated. “I believe I have much to offer but I am afraid that this is simply not the right time.”

Most of Johnson’s supporters seem stuck as they could not find an alternative to the former prime minister who was forced to resign barely two months ago. They believe he is the one person the Labour party fears most.

Sunak could be crowned as early as Today

Former Chancellor, Rishi Sunak, could be the biggest beneficiary of Johnson’s withdrawal, as he is the only contestant to beat the 100 nominations. As of Sunday evening, he already had over 150 nominations and was far ahead of Penny Mordaunt, who had only 25 nominations.

The Sunak and Mordaunt will now have to share the nominations Johnson left behind. Some MPs are already coming out publicly to endorse either Sunak or Mordaunt, and the former Chancellor will likely gain more.

Nadhim Zahawi, one of Johnson’s supporters, said it was time to throw his weight behind Sunak after Johnson pulled out of the race.

“A day is a long time in politics,” Zahawi said. Given today’s news, it’s clear that we should turn to Rishi Sunak to become our next Prime Minister.”

“Rishi is immensely talented, will command a strong majority in the parliamentary Conservative Party, and will have my full support & loyalty,” he added.

Another senior MP that has thrown his weight behind Sunak is current Chancellor Jeremy Hunt. He said Sunak is the right man to fix the numerous challenges facing the British economy.

“To restore stability and confidence, we need a leader who can be trusted to make difficult choices,” Hunt said. “We also need someone who can explain those choices to members of the public who are worried about jobs, mortgages, and public services.

“We have a leader who can do just that in Rishi Sunak.”

Although Johnson’s withdrawal from the race could be a stepping stone for the leader of the House of Commons, it was still unlikely that Penny Mordaunt would reach the 100 nominations before the Monday deadline. However, as Zahawi said, “a day is a long time in Politics.”

Nadine Dorries, an ally of Boris Johson, said Mordaunt’s chances are now high as Johnson stepped aside for her. That could be a sign that the majority of Johnson’s supporters could be supporting the leader of the House of Commons.

“Boris would have won members’ vote  – already had a mandate from the people,” Nadine Dorries said. “Penny actually asked him to step aside for her. It will now be impossible to avoid a general election.”

However, with Johnson’s less than 60 confirmed nominations, Mordaunt could still be far off the 100 nominations. All hope is not lost because as of Monday morning, more MPs were publicly announcing their support for Mordaunt, which means it is too early to rule out the possibility of a general election.

Sunak and Mordaunt commend Johnson for stepping aside

Hoping to be the biggest beneficiary of Johnson’s pull out, Rishi Sunak and Penny Mordaunt have commended the former prime minister for stepping aside.

“Boris Johnson delivered Brexit and the great vaccine roll-out. He led our country through some of the toughest challenges we have ever faced, and then took on Putin and his barbaric war in Ukraine,” Sunak said.

“Although he has decided not to run for PM again, I truly hope he continues to contribute to public life at home and abroad,” he added.

Penny Mordaunt said Johnson’s withdrawal means he was putting the country before the party, and the party before himself.

“In taking this difficult decision last night Boris Johnson has put country before party, and party before self. He worked to secure the mandate and the majority we now enjoy,” Mordaunt said.

“We should put it to good use, and I know he will work with us to do so,” she added.

If Mordaunt fails to reach 100 nominations by the end of today, Rishi Sunak will be automatically given the keys to 10 Downing Street, with hopes that he will solve the numerous economic challenges of the British people.