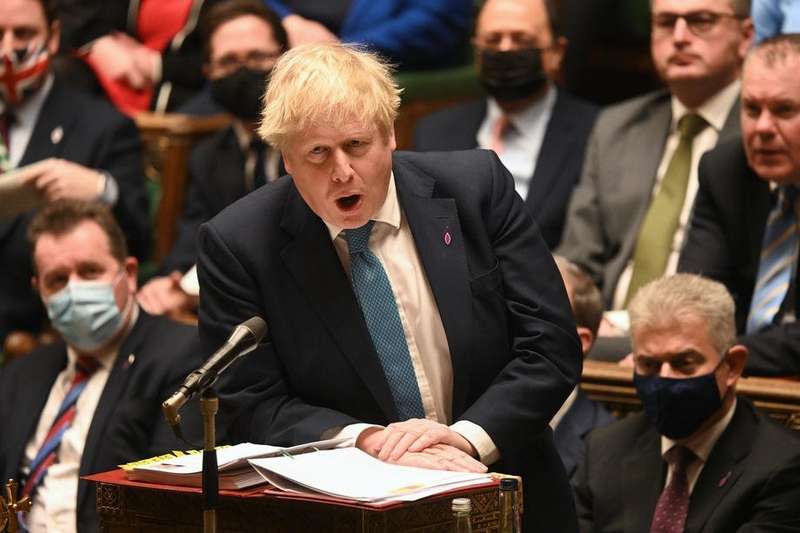 It was a tsunami of resignations in the UK as at least 40 Ministers and cabinet members left their positions in the Boris Johnson-led government. Despite the surprising resignations by Boris Johnson’s party men, the Prime Minister has clung to his position with no sign of resigning soon. As of Thursday morning, resignations were still coming in, and the last of them was Northern Ireland Secretary Brandon Lewis. In his resignation letter, Mr. Brandon said the situation has now passed the point of no return.

“I have given you, and those around you, the benefit of the doubt. I have gone out and defended this government both publicly and privately. We are, however, now past the point of no return,” Bradon said.

Another minister that resigned on Thursday morning was Science Minister George Freeman.  The Minister said Boris Johnson has shown a “lack of transparency and candor with Parliament.” He was the 50th Minister to resign in 24 hours. As of Thursday morning alone, at least five ministers left their jobs.

Mr. Hart said he wanted to help Mr. Johnson “turn the ship around” but it was no longer possible for him to do so.

Sajid Javid, former Health Secretary, who was the first to resign made a remarkable speech in Parliament on Wednesday. He said the top was the problem, and it was not going to change.

“I have concluded that the problem starts at the top, that it is not going to change, and that those of us in a position to do so have a responsibility to make a change.”

Mr. Javid also said he was concerned about the future of the Conservative Party and how the next generation will see it.

“I am deeply concerned about how the next generation will see the Conservative party, on our current course. Our reputation, after twelve years in government, depends on regaining people’s trust. This is not just a personal matter. The philosophy and perception of Conservatives depend on it,” Javid added in his resignation speech.

Prime Minister Johnson also visited the House of Commons on Wednesday to answer questions regarding recent happenings. When asked if he would resign, the Prime Minister suggested that he would not.

“Frankly, the job of a prime minister in difficult circumstances when you have been handed a colossal mandate is to keep going and that’s what I’m going to do.”

Mr. Johnson also said that the mutiny from members of his cabinet would not force him to resign at this time when there are serious economic crises and the war in Ukraine.

At a point like this, one would expect Mr. Johnson to either resign or persuade the remaining Ministers to stay with his government. In a surprising move on Wednesday night, Mr. Johnson sacked one of his top ministers for telling him to quit. He announced the sacking of Michael Gove, the Levelling Up secretary. Sources within number 10 described Mr. Gove as a snake for calling for the Prime Minister’s resignation.

END OF THE ROAD FOR JOHNSON?

It is unlikely that Boris Johnson would survive the tsunami of resignations. Cabinet members that have not resigned are even asking the Prime Minister to give way.

Although the government’s attorney general has not resigned, she has advised the Prime Minister to do the honorable thing and quit.

“I don’t want to resign because I have that duty and we need an attorney in government. The balance has tipped now in favor of saying that the prime minister – it pains me to say it – but it’s time to go,” she told ITV.

She even indicated that she might be joining the race for the leadership of the Conservative Party.

A former ally of Boris Johnson and former Brexit Minister Lord Frost told BBC that although he was proud to have worked with the Prime Minister, it was time for him to go.

“I worry that if he carries on as he did last night, he’s going to cause very serious damage to the conservative party,” he said. “But what we’ve seen in the last few months is that he can’t set the government on the right path to take things forward and deliver for the British people.”

The Prime Minister faced a no-confidence vote last month and would not be able to face another vote until one year. However, there are indications that if Mr. Johnson fails to resign, the law could be rewritten, and there will be another no-confidence vote as early as next week.

There are also indications that Ministers loyal to the Prime Minister are also asking him to resign despite remaining in his cabinet. They fear that sticking to his position is dangerous and might affect the party’s chances in coming elections.

Political analysts are not seeing a possibility of Mr. Johnson remaining in office in the next few hours or days. If he fails to resign, he would only be delaying his forceful removal from office. Either way, it would be on record that Boris Johnson fought to the end.