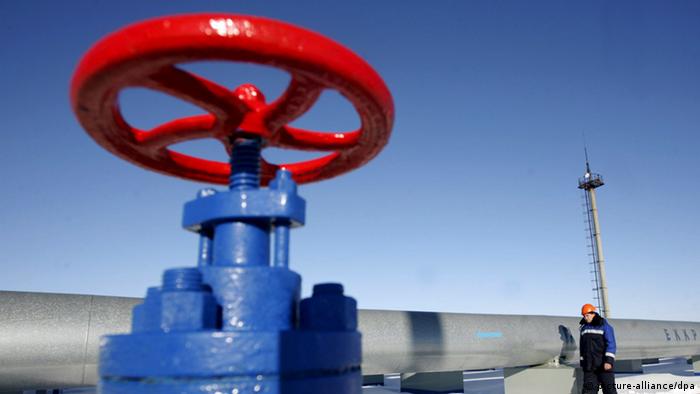 Russia has temporarily terminated its gas supply to Germany. The Kremlin turned off the tap for the Nort Stream 1 last week, causing Europe and the West to rethink their sanctions on Russia. Nord Stream 1 is the Russian pipeline that carries gas from Russia to Germany and the rest of Europe.

Reacting to the development, Germany’s economy minister said the country is preparing for the worse possible outcome if Russia fails to supply gas to the country after this.

“Anything can happen. It could be that the gas flows again, even more than before. It could be that nothing will come at all,” Robert Habeck said on Sunday. “We honestly always have to prepare for the worst and work a little bit for the best.”

“Based on the pattern we’ve seen, it would not be very surprising now if some small, technical detail is found and then they could say ‘now we can’t turn it on anymore,” he said last month.

The French minister of Finance also raised similar concerns when he said the country should act quickly and efficiently in preparation for a “total cut-off of Russian gas.

Timm Kehler, managing director of Zukunft Gas also talked about the possibility of Russia halting gas supplies to the rest of Europe.

“The last few months have shown one thing: Putin knows no taboos. A complete halt to gas supplies through the Nord Stream pipeline cannot, therefore, be ruled out,” Timm Kehler said.

The maintenance of the pipeline would not be done without a repair turbine. Unfortunately, the turbine was in Canada, and sanctions against Russia would make it impossible to send the turbine for the job.

In a rather shocking move on Monday, Canada agreed to send the turbine to Russia so that it can get the gas flowing to Germany and the rest of Europe.

“The political export decision is a necessary and important first step for the delivery of the turbine. Currently, our experts are working intensively on all further formal approvals and logistics,” Siemens Energy said in a statement.

“Among other things, this involves legally required export and import control procedures. Our goal is to transport the turbine to its place of operation as quickly as possible,” the statement added.

Reacting to the adjustment of the sanctions, Ukraine’s ministry for energy and its foreign ministry said they were “highly disappointed” in Canada. They urged Canada to immediately reverse the decision.

THE ECONOMIC CONSEQUENCES OF THE HALT

If Russia permanently halts its gas supply to Germany, the German economy might dwindle significantly. According to the managing director of VWB, about 5.6 million jobs would be affected by the single decision of Russia to halt gas supply to Europe.

“The abrupt end of Russian gas imports would also have a significant impact on the workforce in Germany. Arithmetically, around 5.6 million jobs would be affected by the consequences,” Bertram Brossard said.

The price of gas has skyrocketed by over 400% since last July, and that figure might increase if Russia halts the gas supply. Russia is aware of this, and it is threatening the whole of Europe with its gas. The maintenance is expected to end on July 21. Until then, Europe will be wishing Russia to turn on the tap again.